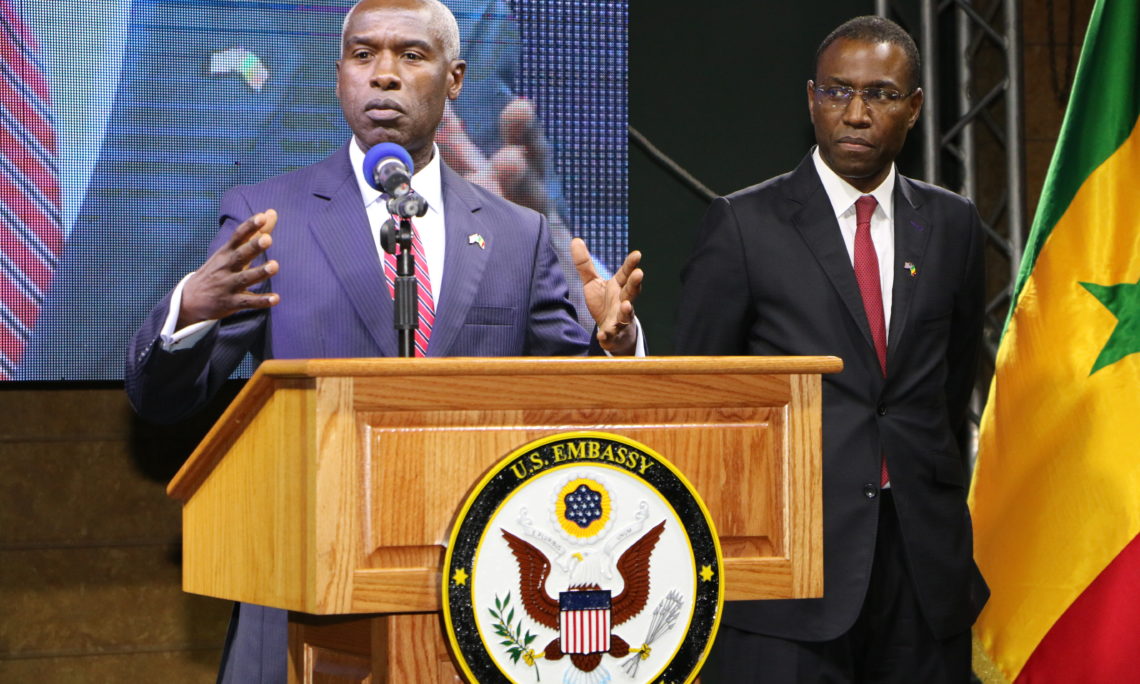 Ambassador Tulinabo Mushingi and the Economy, Planning and Cooperation Minister Amadou Hott presided over the celebration of the United States’ 243rd Independence Day at the U.S. Embassy in Dakar on July 4.  For this year’s festivities, Ambassador Mushingi chose a special theme: “Building bridges between the two countries.”  Both Ambassador Mushingi and Minister Hott recognized the strong bilateral ties and shared values that link the United States and Senegal.  Guests included diplomats and military officials as well as business leaders, religious dignitaries, and civil society leaders.