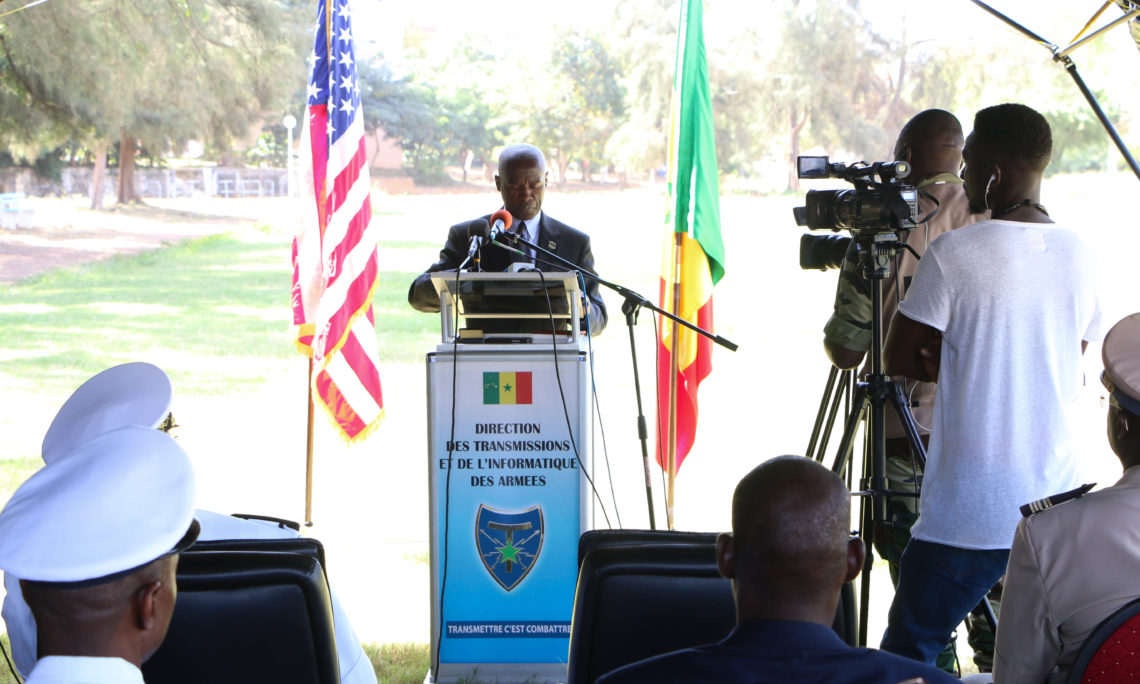 The United States is proud to celebrate with the Senegalese Armed Forces today the inauguration of this deployable hospital, as well as the second one stored in Ouakam. Thank you to the Senegalese Chef d’Etat-major général des Armées, General Cheikh Gueye, for being here today, as well as our friends from the Direction de Sante, Colonel Ibrahima Diouf and Colonel Malick Samba Diene, who have been instrumental in advancing US/Senegal cooperative medical programs over the past several years.

Senegal is an extraordinarily capable partner for the United States and the world in expertly carrying out peacekeeping missions throughout Africa.  This has allowed the U.S. Embassy to advocate for increased assistance to the Senegalese Armed Forces in their efforts to improve their peacekeeping capabilities.  The SAF is already doing a great job, and we are trying to help make sure you have the proper tools to do it as well as possible.  One of the areas in which expertise is required to be successful at peacekeeping is having a proficient and rapidly deployable healthcare team.  And of course, that team must have excellent facilities in which they can do their work.  These deployable hospitals give your experts the tools they need to do the job right.

At a price of approximately 3.8 billion CFA, the hospitals represent a substantial investment by the United States in helping to minimize the risk to Senegalese peacekeepers on future deployments.  The training that is being concluded today will further assist in optimizing the value of these assets and caring for Senegal’s brave sons and daughters deployed throughout the world.  It is great to see such amazing and capable servicemembers here learning to use this equipment as intended.

We appreciate the close friendship that has developed over the nearly 60 years of working together, and we look forward to the future cooperation that will result from that friendship. The United States and Senegal share a similar vision, that a strong and sovereign Senegal is important and necessary to maintaining regional stability; and an important part of that effort is Senegal’s continued ability to deploy top-notch peacekeeping forces to troubled areas on the continent. As the United States and Senegal continue to grow closer, we continue to demonstrate our commitment to Senegal’s development for the benefit of both countries. I thank you for your partnership, and hope that these hospitals will play a meaningful role in caring for Senegal’s brave and faithful peacekeepers in the future.