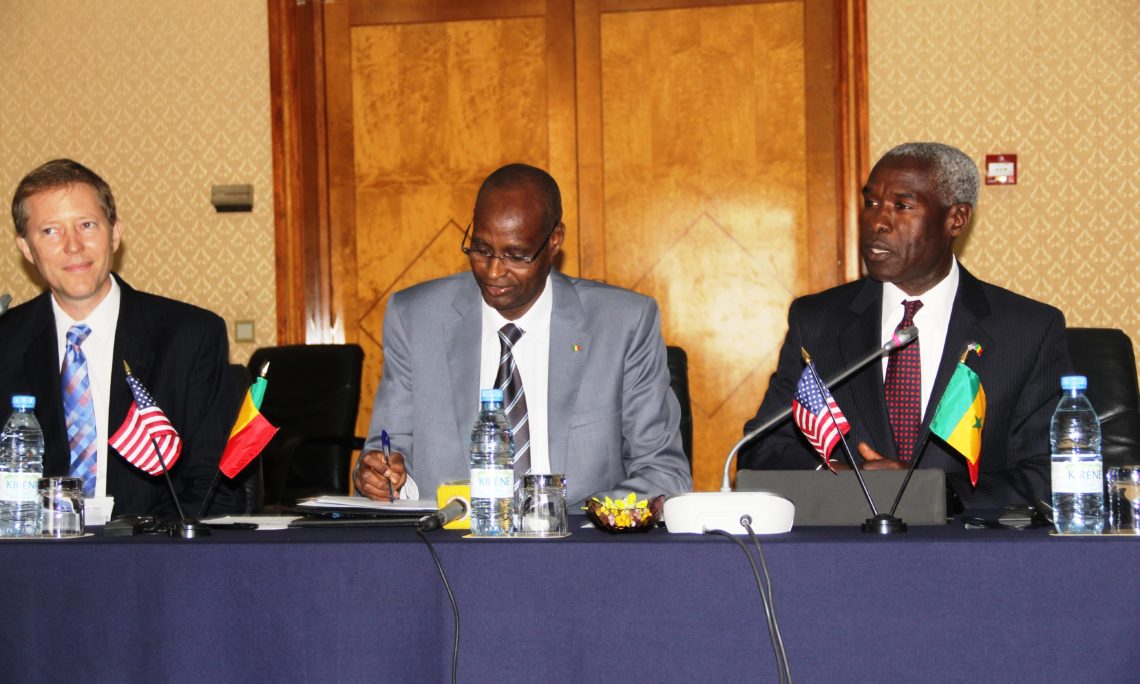 Allow me to begin by wishing you “dewenatti” and a happy new year! I hope everyone ate some delicious couscous this weekend.

Thank you all for coming here today, especially you, M. le Ministre Ndiaye. We recently met to discuss cooperation between the US Government and the government of Senegal.

Senegal and the United States share many values in common. We both have a commitment to democracy and rule of law. We desire peace and prosperity for our people and throughout the world.

A key component to peace and economic prosperity is ensuring the safety and security of our citizens. Terrorism poses a threat to our security and prosperity, and we need to work together to combat this scourge from expanding.

Over the past several years, we have seen terrorism across the world. The United States is no stranger to it – the events of September 11, 2001 have indelibly altered our national psyche. France, Britain, Germany – Europe is not immune either. And most recently, Mali and Burkina Faso have experienced terrible attacks that have left dozens wounded or dead.

What can we do about it?

Senegal has recognized that terrorism and the potential for an attack here is a reality. President Sall and the government of Senegal have taken proactive measures to increase security, both in major population centers and along the borders.

The United States Government has pledged over 550 million CFA in training and equipment to assist Senegal with the goal of protecting its borders and bolstering security in its cities. I recently traveled to Matam and along the border with Mauritania to the north, and I saw firsthand the challenges facing you.

Under the direction of Regional Security Office, the Embassy sponsored a Rural Border Patrol Operations course and recently completed training of dozens of front-line Gendarmes who patrol remote areas in the hinterlands. More important is the incorporation of the “train the trainer” concept – we are empowering those young leaders to return to their Escadrons Special d’Intervention where they in turn will adapt the training and pass it on to their peers.

Now, I am proud to announce the start of the second part of this Anti terrorism Assistance program to protect soft targets in population centers. We are teaming up with CICO, the Cadre d’Intervention et de Coordination Interministeriel des Operations de Lutte Anti –Terroriste which has the responsibility to orchestrate all prevention and response to terror attacks in Senegal.

Working with the national police, the Gendarmerie, the fire brigades, and with civil protection leadership, this initiative comes at precisely the right time to further harden vital infrastructure in Dakar and other major population centers.

The program consists of a senior leadership seminar, so your senior leaders provide the direction and guidance on your needs, and will be followed by three courses for first responders. The classes address protection of soft targets, security for public transportation, and investigations.

As we start this new year and as I start my tour in Senegal, I am excited to see this type of cooperation in the security sphere. As you say in Wolof, nyoo far, we are all together. I am happy that the Embassy and the U.S. Government can play a role in promoting Senegal’s security and future prosperity.