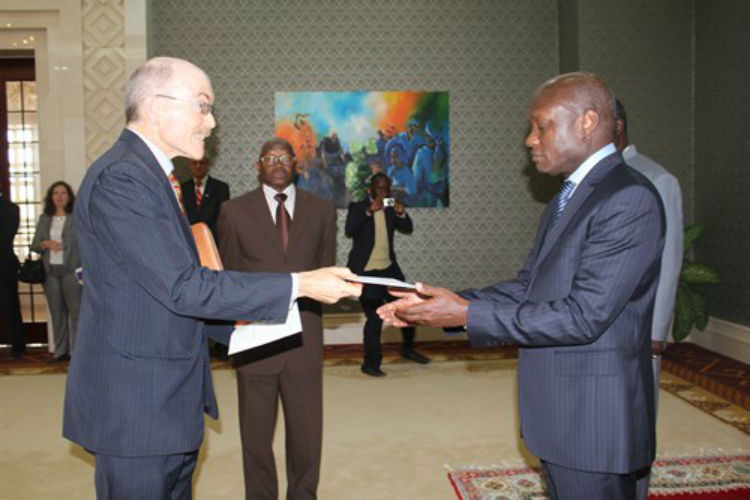 The Honorable James P. Zumwalt, Ambassador Extraordinary and Plenipotentiary of the United States of America to Senegal and Guinea-Bissau, presented his letter of credence to H.E. José Mário Vaz, President of Guinea-Bissau, at Guinea-Bissau’s Presidential Palace on Tuesday, March 10, 2015.  Ambassador Zumwalt and President Vaz expressed the desire of both countries to increase bilateral cooperation.

Following the presentation of letters of credence, Ambassador Zumwalt stayed in Guinea-Bissau through March 14 to meet with government officials, military leaders, foreign ambassadors, international organization officials, missionaries, businessmen, women’s organizations, journalists and members of civil society.  In the course of these meetings, Bissau-Guineans shared their views on a broad range of issues including sustaining progress on democratic governance and economic growth in Guinea-Bissau.

In addition, the Ambassador met with various members of civil society and visited several projects that receive American support: