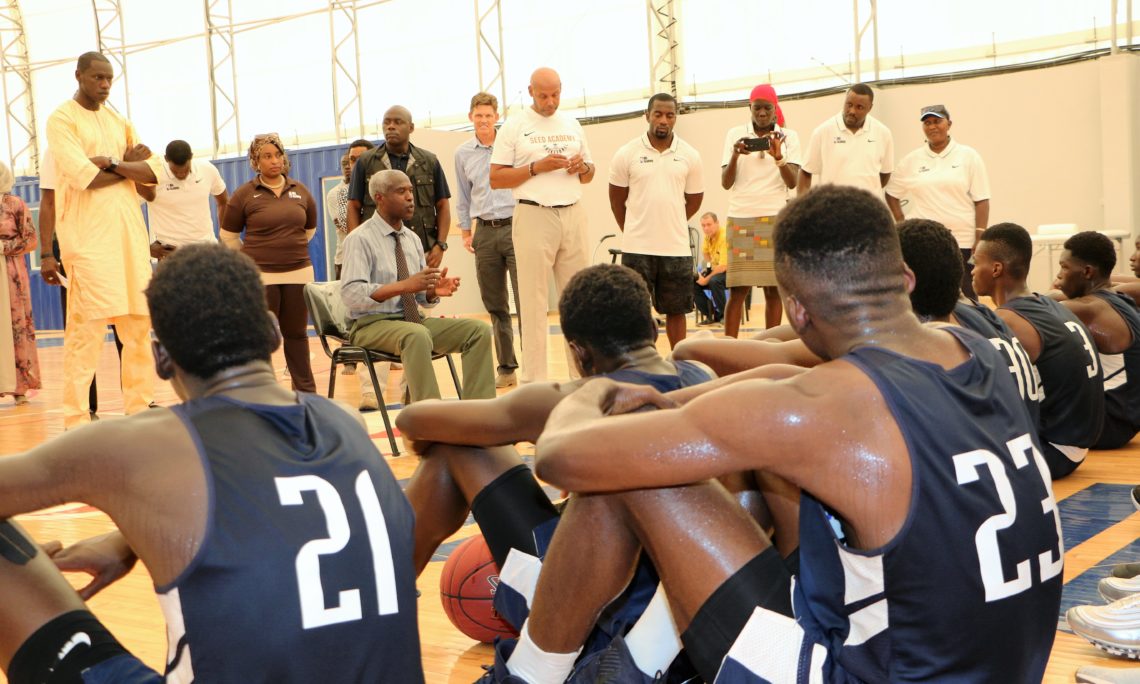 True to his belief that the only way to understand a country and its people is by traveling outside the capital and visiting all its regions, U.S. Ambassador to Senegal, Mr. Tulinabo Mushingi, toured the Fatick region last week.

An area with many U.S. Government programs and projects, the Fatick region benefits from nearly 6.8 billion CFA from the United States Agency for International Development (USAID).  Roughly, half of that – 3.5 billion CFA – is used to help children learn to read in either Wolof or Serer through the Lecture Pour Tous and Nos Enfants Lisent activities.  Two billion CFA are designated for strengthening health systems, improving access to care for mothers and their children, family planning, and malaria prevention.  Another 700 million CFA supports economic growth.

While in Fatick, Ambassador Mushingi visited the governor.  He also traveled to the island of Betanti in the Saloum Delta to participate in the distribution of mosquito nets through the President’s Malaria Initiative.  Also on Betanti, the Ambassador saw the newly-constructed roof of a local school, built with funds the community had received through the Ambassador’s Special Self-Help Program.  He also visited the Centre d’Entrainement Tactique (CET) 3, which primarily trains naval forces in riverine tactics.

Finally, Ambassador Mushingi visited the NBA Academy Africa, which provides physical and educational development for top basketball players aged 14-19 from throughout Africa – and is yet another reminder of the fantastic cooperation we have with Senegal.

These trips are important because they allow to see the impacts of the programs and if they are working – and if not, see what needs to be changed.  “Our investment in Senegal is significant – but I believe our investment is more than paying off, and the Land of Teranga is one of our most important partners in Africa,” Ambassador Mushingi said in conclusion to the visit.