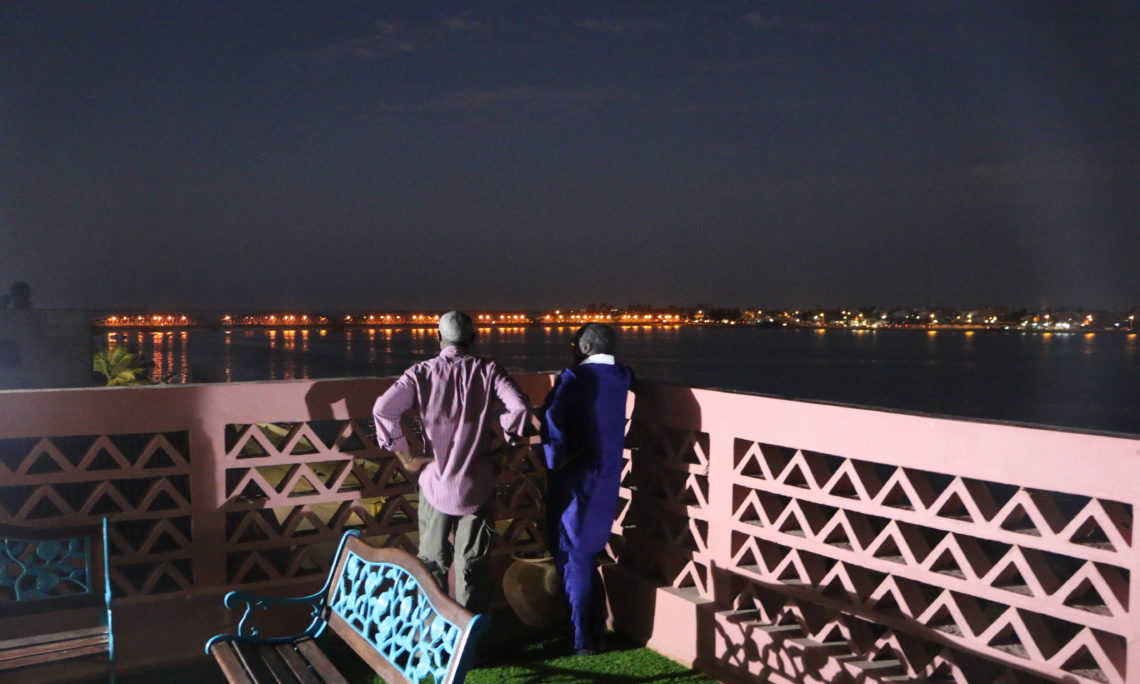 From April 14 to 18, 2019, U.S. Ambassador to Dakar H.E. Tulinabo S. Mushingi toured the region of Saint-Louis, taking part in many events, including the inauguration and launch of several U.S.-supported projects.  Throughout his visit, Ambassador Mushingi engaged with regional and city authorities as well as with members of the public.

On Sunday, April 14, Ambassador Mushingi began his trip with a visit to the photography gallery of Mr. Amadou Diaw.

He then took part in a roundtable with private sector stakeholders at the Chamber of Commerce, Industry and Agriculture, with participation by the Economic Section of the Embassy and USAID. They discussed challenges, opportunities, and examples of progress in the region.

In the afternoon, the Ambassador went to Ameth Fall Girls’ High School, where he discussed with high school students the priorities of the United States in Senegal as well as the variety of U.S. Government exchange programs.

On Tuesday, April 16, Ambassador Mushingi visited the Djoudj Bird Park, underlining that economic investments in the region must coexist with the protection of wildlife and environment.

Ambassador Mushingi then went to Thiagar, where, along with the Deputy Sous-Prefet of Ndiaye, Mr. Koné, he officially launched the activities of “Darajaal Ceeb,” a program implemented to increase food security and augment the income of more than 4,000 local rice farmers.  Part of the Feed the Future program, Darajaal Ceeb is a public-private partnership agreement between Coumba Nor Thiam (CNT), a private Senegalese company, and USAID in cooperation with AgDevCo (a third resource partner).

In the afternoon, Ambassador Mushingi paid a courtesy call to the Governor of Saint-Louis, Mr. Alioune Aidara Niang, with whom he talked about opportunities for collaboration in the areas of security and economic development.

Ambassador Mushingi and his delegation also visited Maison de la Gare, a shelter that supports more than a thousand at-risk children.  Maison de la Gare received a grant of $38,500 (22.4M CFA) to provide agriculture and poultry farming training in Bango to 150 youth over the course of three years.  At the end of their training, the program will help the youth reintegrate into their home communities.

In the afternoon, Ambassador Mushingi met with various stakeholders—including government officials, representatives of the Local Artisanal Fishing Councils (Conseils Locaux de Pêche Artisanale – CLPAs), and local activists—to discuss environmental protection.  The conversation revolved around environmental issues related to climate change, including the loss of barrier islands, coastal erosion, and salinization of agricultural lands. The discussion took place at the Gandiol ECO Center, a center created by a retired from U.S. Embassy Dakar who has dedicated herself to protecting the environment.

On Thursday April 18, the Ambassador launched the McGovern-Dole International Food for Education and Child Nutrition Program, funded by the U.S. Department of Agriculture.  Counterpart International will implement the two projects, Sukaabe Jaango and TACSS, in the region, in collaboration with local, national, and international partners.  The 14 billion CFA program will distribute school meals to nearly 45,000 students in 35 districts.  A new component of the program, the regional food supply program, will make it easier to buy the food used to prepare the school meals from local producers.

The trip was also an opportunity to discuss development of the Greater Tortue gas field with Kosmos Energy.  Ambassador Mushingi was impressed by the company’s commitment to invest in Senegal and by the care they are taking to protect the environment and give back to the community.

At the end of the tour, Ambassador Mushingi expressed his satisfaction with the trip, which exemplified the Embassy’s partnerships with Senegal in the areas of defense, diplomacy, and development.