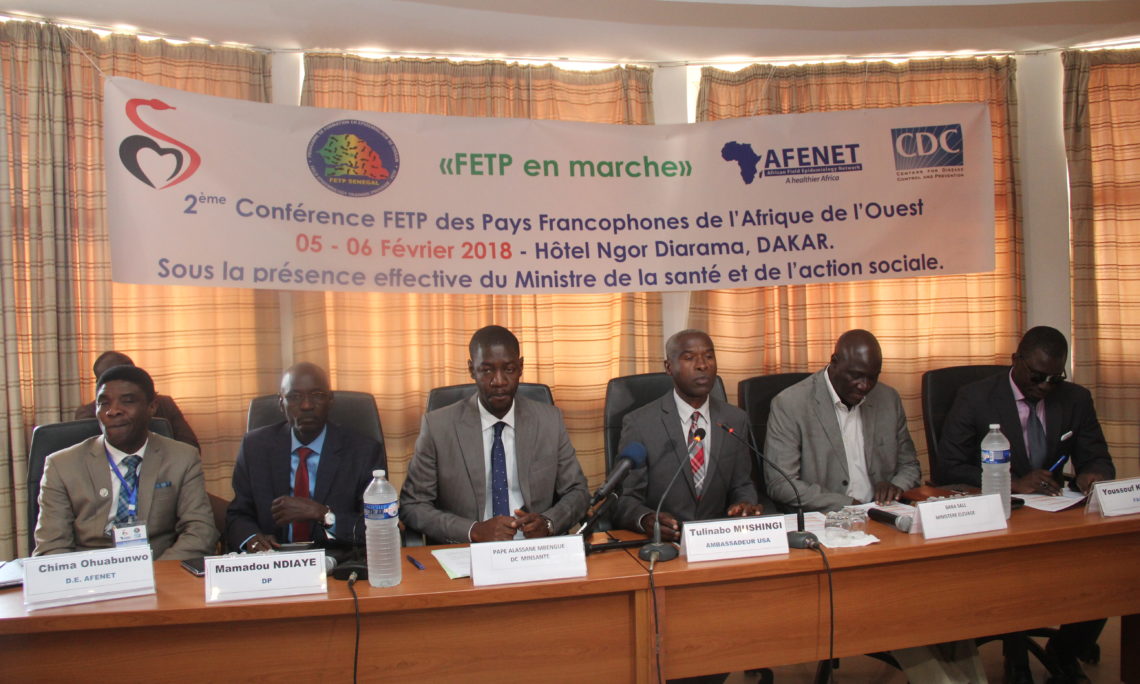 Since 1975, the United States Centers for Disease Control and Prevention (CDC) has provided worldwide technical assistance and funding for the Field Epidemiology Training Program (FETP) to enhance the capacity of public health professionals for disease surveillance, and outbreak response.

After the Ebola Virus Disease epidemic in West Africa, the CDC expanded the program and introduced a 3-month “Frontline” training course in high-risk countries in West Africa.  The Frontline programs were launched in many countries in the region, including here in Senegal and in neighboring Guinea-Bissau, and in all countries the program had an immediate and positive impact on national public health systems.

FETP trainees and graduates have been able to conduct disease investigations in every corner of their countries. They have worked on Zika in remote islands, dengue in hot deserts, Ebola in the jungle, and measles outbreaks in cities. Their efforts where and when needed have stopped outbreaks and strengthened the surveillance and response systems on which we all depend for global health security.

The United States government, through its agencies the CDC, USAID and DTRA, is committed to reinforcing local capacity to prevent, detect, and respond to infectious disease emergencies, and the FETP program is a centerpiece of that work.  Graduates rely on surveillance systems to alert them to outbreaks, laboratory systems to confirm the nature of an outbreak, and response systems to support them in stopping an outbreak before it becomes an epidemic.  That your programs have included field staff from ministries of agriculture, livestock, environment, and the armed forces further highlights your effectiveness in bringing together stakeholders from all sectors touched by problems of public health.  In many ways you are the best argument we have for continued engagement in Global Health Security and its One Health approach.

This conference is the second to be held in Senegal for coordinators and graduates of the new Frontline programs, and an important opportunity to share experiences, recognize accomplishments, and build relationships within and between national programs.  In two short years together we have trained hundreds of field staff, responded to dozens of emergencies, and strengthened every national surveillance system, but we now have an opportunity to develop the networks that will maintain expertise and morale and solidify the ability of West Africa to defend itself against the threat of infectious disease.  I hope you will seize that opportunity, and that when this conference is over you will see how large your community is.  We have travelled fast apart, but we can travel further together.