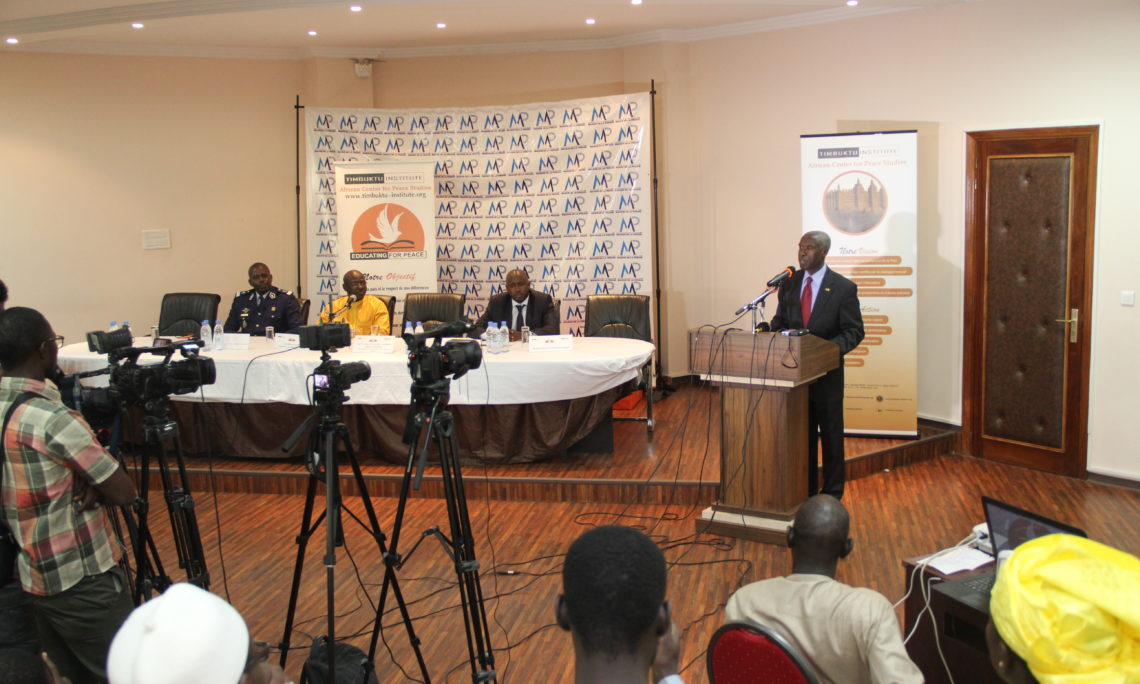 I am very pleased to be with you today participating in the closure of the Timbuktu Institute’s Educating for Peace initiative, which targeted students across Senegal – through the internet, through music, through discussion – on issues of peace and tolerance.

Launched just under two years ago, Professor Bakary Sambe and the Timbuktu Institute have reached thousands of children at all grade levels – from elementary to the University  – and elevated the level of conversation when it comes to thinking about, and embracing, peace and tolerance.

By using interactive programming like theater, marches, music, and social media and pairing with celebrities like Bombardier and successful civil society groups like Mothers for Peace, Timbuktu has influenced countless youth.

We supported Dr. Sambe as part of a grant aimed at countering violent extremism by promoting positive dialogue, understanding, tolerance, and linkages between students.  Through the many events, including today’s, the Timbuktu Institute and the Educating for Peace initiative have reinforced the notion that Islam is a religion of peace.  By stressing dialogue and interaction, a new generation will understand the value of exchange – the exchange of ideas, beliefs, and thoughts.  As a society we become stronger when we allow many voices.

One of my favorite U.S. presidents, John F. Kennedy, once said: “It is incumbent upon all of us to encourage a spirit of tolerance, not only from government but from one group within the community toward another. Tolerance implies no lack of commitment to one’s own beliefs. Rather, it condemns the oppression or persecution of others.”

This is an apt description of the Educating for Peace initiative — it is not about changing someone’s mind, but rather, understanding their perspective.   Whether through a YouTube video, a march with strangers in Kaolack, a play with a classmate in Mbour, or a debate with students who have different opinions in St. Louis, Educating for Peace has given youth across Senegal an alternative to extremist ideology and angry discourse.

So thank you, Dr. Sambe, your many collaborators, and the very students who have been a key to the success of Educating for Peace.