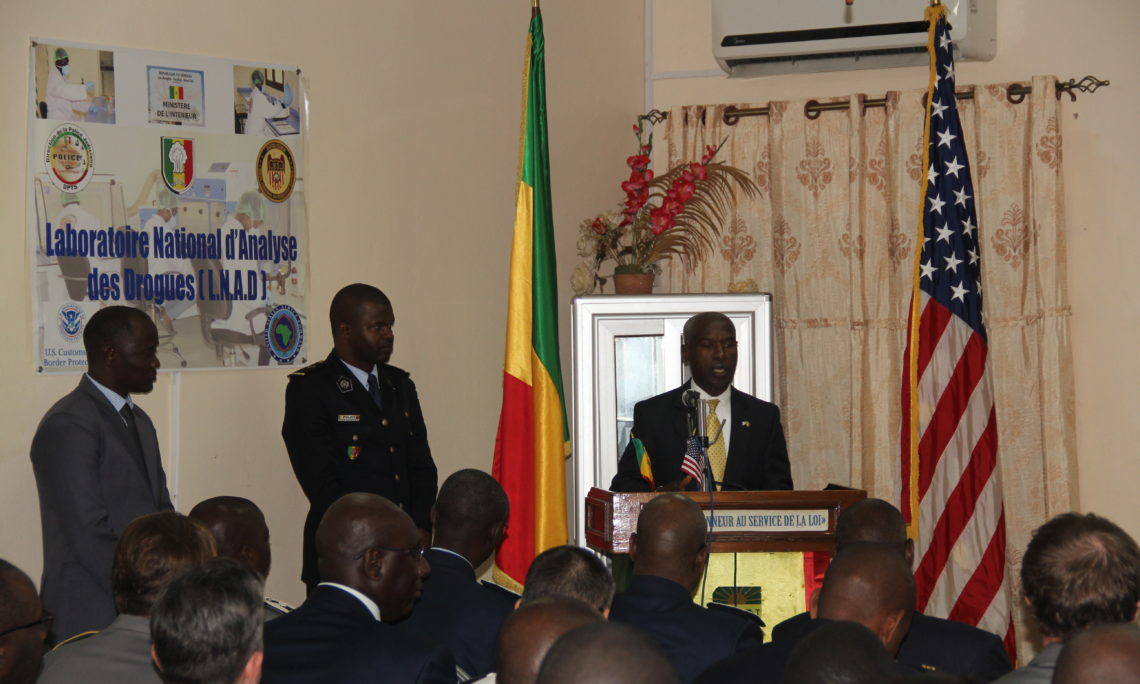 Dear Minister of Interior, it’s a pleasure for me to co-preside with you the National Police Drug Lab ribbon cutting ceremony. This event, which reflects the strong partnership between the Governments of Senegal and the United States, is the results of tremendous efforts on both sides.

I would like to take this opportunity to thank the different entities that helped achieve this laboratory: the Senegalese National Police through its Scientific and Technical Division for hosting the lab; the Africa Command (AFRICOM) which funded and equipped the lab; the Customs and Border Patrols agency (CBP) for the continued training their provide to the lab personnel and last but not the least the Naval Criminal Investigative Service (NCIS)/Force de Protection team in Senegal for doing the coordination between the above mentioned entities.

Since 2000, Senegal has progressively seized record quantities of drugs especially on the axis Bamako –Dakar. Now that it is a hub, Senegal had made the fight against drugs one of its top priorities and has criminalized its traffic.

The fight against drug trafficking requires the collaboration of all law enforcement and justice agencies and necessitates appropriate means and capacity building of the personnel, because as we all know, drug trafficking creates  instability and organized crimes, which constitutes a transnational threat. So, a concerted and coherent response is necessary in light of the worrying increase of drug trafficking and the potential effects it can have on the region such as money laundering, corruption, violence and even funding terrorism.

Thank you for your attention