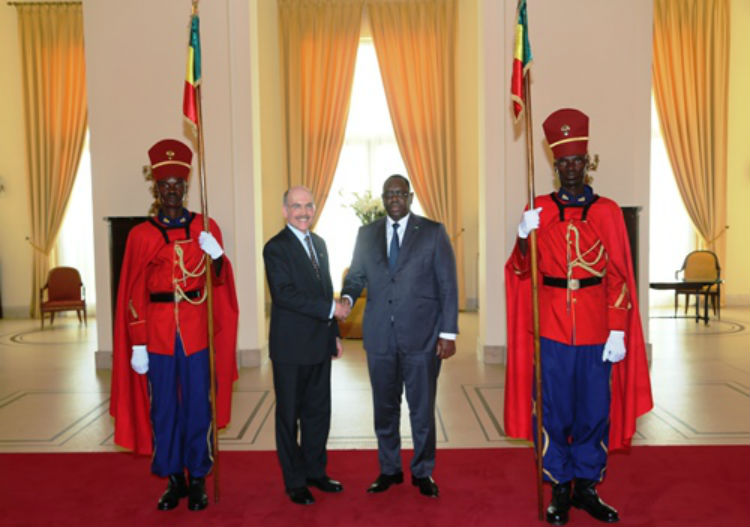 The Honorable Jim Zumwalt, Ambassador of the United States of America to the Republic of Senegal and the Republic of Guinea-Bissau, presented his credential letters to His Excellency President Macky Sall on February 3, 2015.  Ambassador Zumwalt arrived in Dakar on January 15.

Ambassador Zumwalt previously served as Deputy Assistant Secretary of State for Japan and Korean affairs from 2012-2014 and as Embassy Tokyo’s Deputy Chief of Mission from 2008-2012.

Jim entered the Foreign Service in 1981 and has served in a variety of assignments with a focus on international economics in Washington, Tokyo, Beijing, and Kinshasa.  In Washington, D.C., Jim worked in the Bureau of Economic and Business Affairs and at the United States Trade Representative’s Office.  He also worked in the Bureau of East Asian and Pacific Affairs Japan, Korea, and Philippine desks. Jim speaks French and Japanese and some Chinese.

Jim received a master’s degree in International Security Studies from the National War College in 1998 and a bachelor of arts in American History and also in Japanese Language from the University of California at Berkeley in 1979.  He is from El Cajon, California and is married to Ann Kambara, a retired Foreign Service Officer who is now pursuing a second career in Social Work.