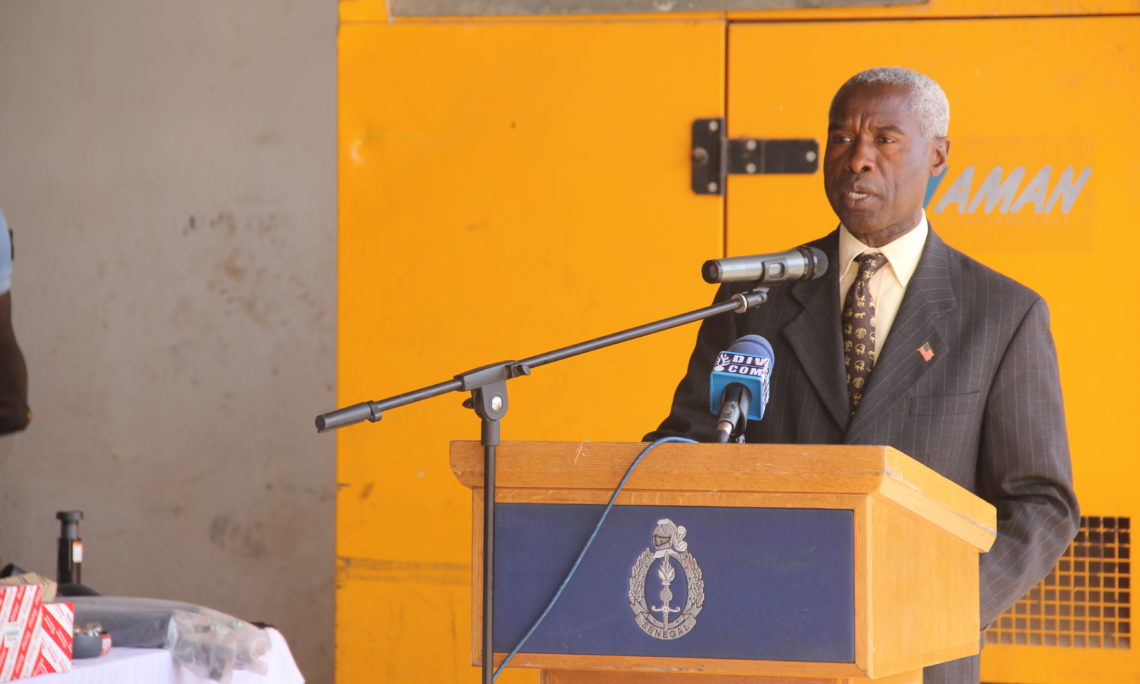 On behalf of the government of the United States, the Bureau of International Narcotics and Law Enforcement Affairs, and the Regional Security Office, let me say thank you to the National Gendarmerie, Haut Commandant General Sene, and General Diouf for making this occasion possible.

While this is a happy occasion, I must take a moment to remark on the passing of an American patriot, former President George Herbert Walker Bush. While our hearts are heavy today, they are also filled with gratitude for his service to our country and to his work in maintaining of peace and democracy in the world. As President Bush himself once stated, “There is nothing more fulfilling than to serve your country and your fellow citizens and to do it well. And that’s what our system of self-government depends on.”

The U.S. government is a strong supporter of UN Police and has been working with the Senegalese Gendarmerie for the last four years to deploy well-performing police to UN missions.  In that time, we have trained over 1700 personnel deploying to UN Missions in Mali, Central African Republic, Darfur, and the Democratic Republic of the Congo.

Senegal is a vital partner in the fight against terrorism and a strong exporter of security here in the region and throughout the world. Researchers from Uppsala University found peacekeeping reduces the duration of conflict, increases the duration of peace following conflict, and limits the risk that conflict in one country spreads to neighboring countries. Senegal plays a critical role in supplying forces to support these peacekeeping efforts, and the Senegalese National Gendarmerie is at the forefront of those efforts.

The past several years have seen a dramatic increase in fatal attacks on peacekeepers. We pay tribute to the sacrifice and bravery of those who gave their lives for the sake of peace, and recognize those on the ground who are bravely executing the mandates of the Security Council.

While we will continue our strong partnership in assisting the Gendarmerie to prepare their personnel for deployment, I am excited to be part of the next iteration of our work together – assisting the Gendarmerie in ensuring their personnel are able to sustain themselves during UN missions.  To that end, it is my honor to not only provide training equipment, which includes an Armored Personnel Carrier, several trucks, and an ambulance, but several maintenance trainings, to prepare your mechanics for challenges they will face in mission, all with an estimated value of over 400 million FCFA.

These vehicles and trainings are part of our commitment both to those you will protect and to you, the peacekeepers.  We know that the safety and security of peacekeepers is directly linked to performance.  Each peacekeeper who lays down his or her life is one too many.  If we strengthen performance, we save peacekeeper lives.  It is that simple.

We have future collaborations and contributions in store, including expanding the training capabilities of our Regional Tactical Training Center in Thiès. The United States looks forward to our continued partnership with the Senegalese Gendarmerie as you deploy well-led, well-qualified, well-trained police who can carry out their mandated tasks and distinguish themselves in the proudest Senegalese tradition.

Thank you for your amiable attention.