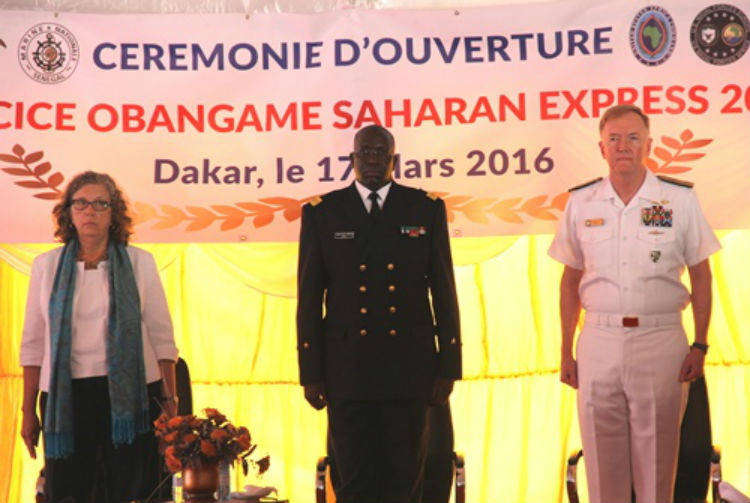 Exercise Obangame/Saharan Express is a multinational maritime exercise sponsored by U.S. Africa Command and facilitated by U.S. Naval Forces Europe-Africa/U.S. 6th Fleet that brings together African, European, South American, and U.S. forces — part of a Global Network of Navies — to enhance cooperation and expertise in maritime security operations. The purpose of the exercise is to test multinational maritime forces in a broad range of naval operations in order to increase capability and capacity, as a collective whole, for Gulf of Guinea nations to deter piracy, illicit trafficking, and other maritime threats. The exercise will take place throughout the Gulf of Guinea, and will have land-based Maritime Operations Centers throughout the region.
In the past, Obangam Express and Saharan Express were separate exercises that took place in different areas of West Africa. This year they have been combined to increase capacity building for more partners across West Africa.

This Obangame/Saharan Express 2016 exercise will end on March 27 with a symposium in Douala, Cameroon.