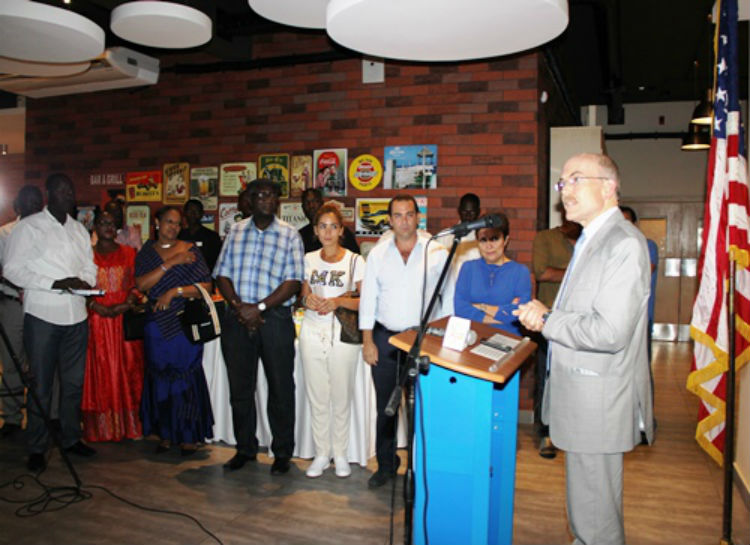 On September 28, the U.S. Ambassador to Senegal, James Zumwalt, participated in a promotional event for American beef.   Hosted by the Department of Agriculture of the United States, attendees included representatives from Senegal’s food industry and distributors.

Ambassador Zumwalt noted that the United States annually exports $7 billion of beed a year, and produces approximately a quarter of the beef in the world.

The Embassy’s Agricultural Attache Jude Akhidenor, said that the purpose of the event was to introduce U.S. beef to Senegalese and noted that it meets EU standards.

American beef is known world-wide for its tenderness and excellent quality.