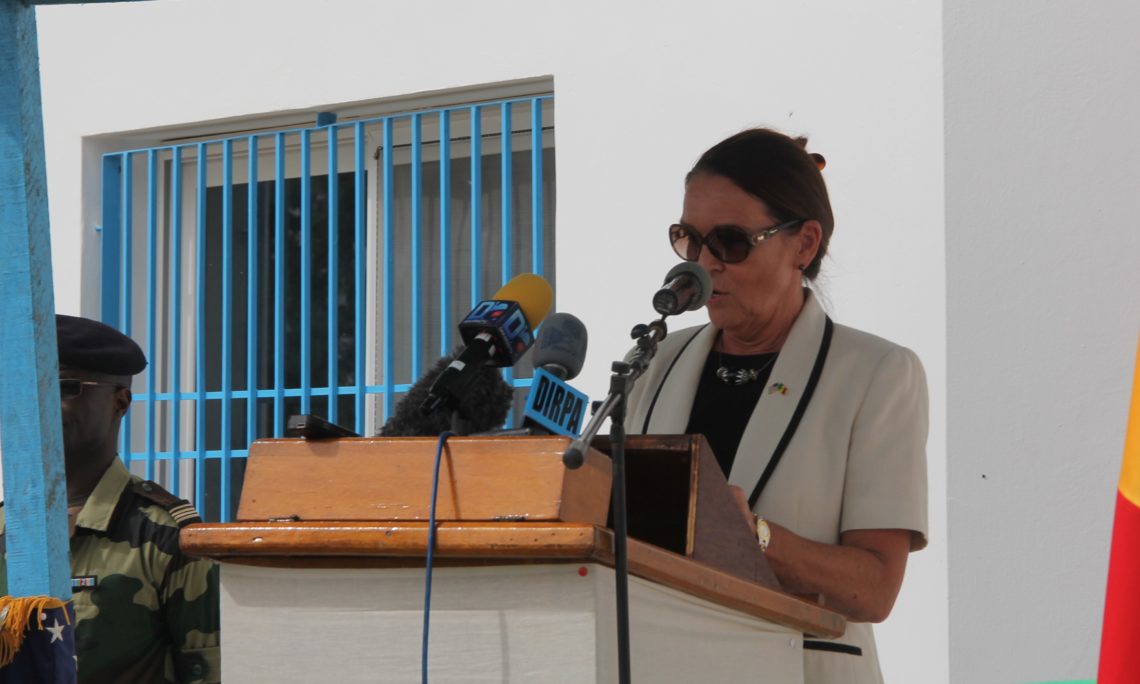 I am thrilled to be here today in Thiès at the CET-7 military base with three Ministers – Defense Minister Augustin TINE, Interior Minister Aly Ngouille NDIAYE, and Justice Minister Ismaïla Maidor FALL, the Chef d`État Major Général des Armées Cheikh GUEYE, High Commander of the Gendarmerie General Cheikh SENE, and Director General of the National Police Ousmane SY, and two U.S. Department of State Directors, Director Sam Pineda of the Bureau of Counterterrorism’s Office of Programs and Director Paul Davies of the Bureau of Diplomatic Security’s Office of Antiterrorism Assistance, as well as all of the other honored guests to preside over the inauguration of the Regional Tactical Training Center, or RTTC.

Senegal is a vital partner in West Africa, and the inauguration of this training center reinforces the crucial role that Senegal plays as a regional leader in our counterterrorism efforts as well as the close collaboration between our two countries’ security services.

Collaboration is at the heart of this center. This center, under the direction of CET-7 base commander Aloise Ndene, and with support from the U.S. Embassy, will continue to serve as a beacon of security in the region.

The security situation around Senegal is tenuous and challenging and the Center offers an integrated solution in addressing concerns.

Over the past year, the U.S. Embassy, through our various agencies, has donated over 400,000,000 CFA worth of non-lethal equipment to the National Police, inaugurated a new national drug laboratory for the Gendarmerie, conducted mock prison riot training for Senegalese corrections officers, initiated a new joint drug task force with the Gendarmerie, and conducted counterterrorism training for first responders with the CICO (le Cadre d’Intervention et de Coordination Interministériel des Opérations de Lutte Anti-terroriste).

The facility behind me will empower us to train up to 200 students at any one time in a three classroom setting.   We are committed to your success.

To our friends in the Senegalese Armed Forces, thank you for your cooperation. Nio Far.