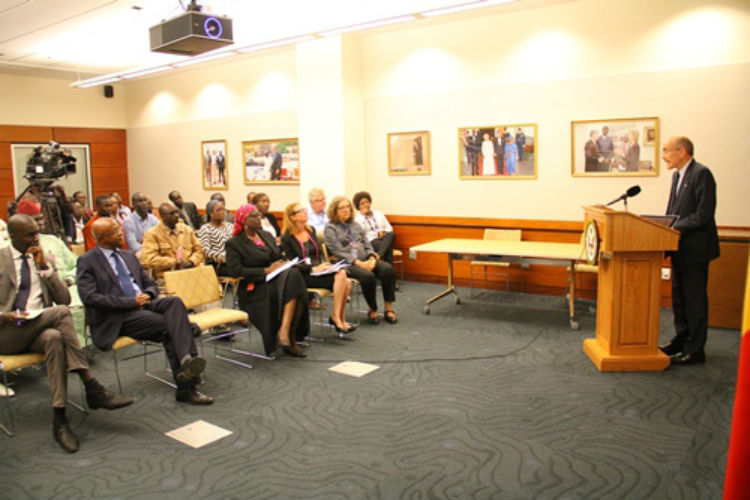 On the occasion of Earth Day, the U.S. Embassy in Dakar organized the screening of a documentary on the environmental movement on Monday April 25, 2016.

A few months ago, the Embassy of the United States in Dakar sent a team from RTS (journalist and cameraman) to the United States on a Co-op TV program, with the goal of educating the public on the role grassroots organizations can play in changing public attitudes about the environment. The journalists traveled to Washington, New York and Los Angeles and produced a 52 minute documentary that presents the role of environmental activists, community organizations, and government agencies in changing public attitudes about the protection of the environment.

The documentary tells the story of building environmental awareness among the American public as a possible role model for their Senegalese counterparts.  This film also features Senegalese diaspora in the United States discussing their experiences with going green once they immigrated to the United States.

Senegalese environment activists and journalists and the Green Team of the US embassy joined Ambassador James Zumwalt, RTS Television director Tidiane Barry and the film crew to watch this movie which will then be broadcasted by the Senegalese national television.