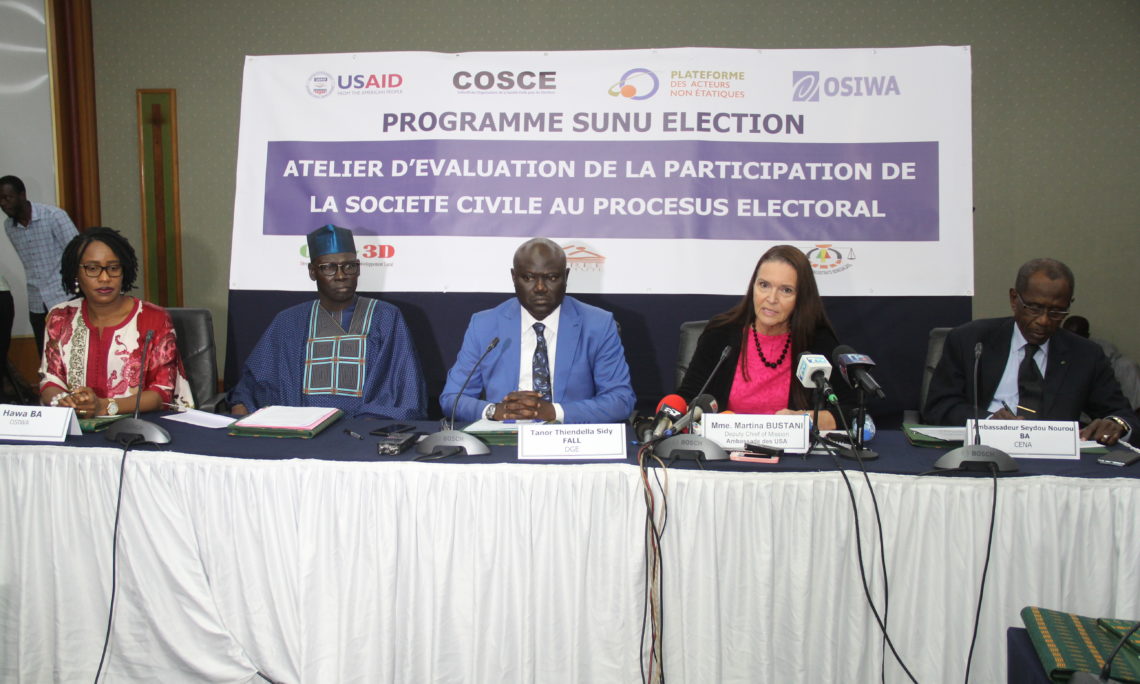 I am delighted to be here, and to be part of such a diverse, dedicated, and impressive group. Abraham Lincoln, one of the greatest American presidents, once observed: “Elections belong to the people. It’s their decision.” And that is certainly true for Senegal, and what we all witnessed earlier this year during the Presidential election.

The Senegalese people again showed their unwavering commitment to democratic traditions. Senegalese civil society again played a key role in ensuring the election was fair and transparent. The United States Government is proud to stand as a firm ally and friend of Senegal and the Senegalese people.

And we are proud to have joined with citizens, civil society, politicians, and members of government – many of them in the room this morning – as they worked to strengthen Senegal’s political and electoral system during the recent election.

Through the support of the U.S. Agency for International Development, political actors were encouraged to adopt peaceful messages, magistrates were trained, citizens were encouraged to vote, and did, and civil society observer teams fanned out across the country.

In the end, two thirds of Senegalese voters – an impressive 66 percent – turned out on February 24 to make their choice. Some voted for President Sall’s coalition.

Others voted for one of the other candidates represented here today.

The outcome was their decision. Now comes another important part.  How to build on the election’s successes?  How to take lessons learned and make Senegal’s elections even stronger in the future?  I am encouraged to see you all gathered here today and hope this will be an opportunity to reflect on the process and make it even better next time.

As Senegal heads into upcoming local elections, there are several areas of disagreement between political groups.  We share your hope that any disagreement will be resolved through inclusive political dialogue.  Perhaps today’s discussion will be first steps to that end.

I wish you success during today’s discussion, as the Senegalese people work together to continue to build this nation’s democracy.  I can think of no better example of the Senegalese people’s shared desire for peace and prosperity than your presence here together, today.