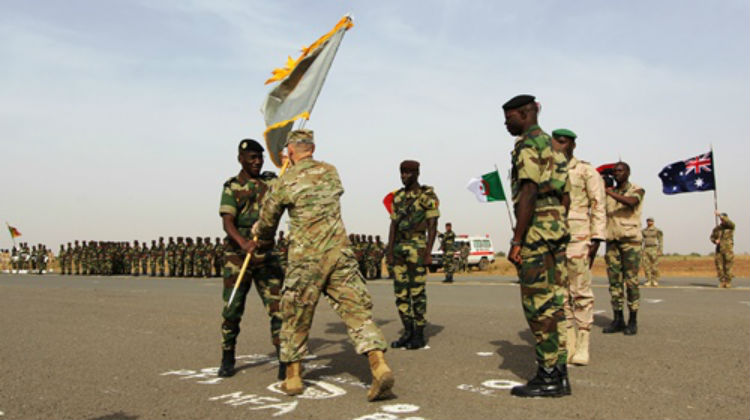 The annual military exercise Flintlock debuted in Thiès on January 8, 70 km from Dakar. Senegalese military units welcomed Special Operations Forces from more than 19 European and North American countries to train alongside soldiers from 14 African nations.  The U.S. military participation in the exercise is led by USAFRICOM, the U.S. military command engaged in Africa.

The opening ceremony was led by the Senegalese Chief of the Army General Amadou Kane and U.S. Brigadier General Donald Bolduc, Deputy Director for Operations at Africa Command, and U.S. Ambassador to Senegal James Zumwalt.

Speaking to those in attendance, the ambassador said:  “When you are in Podor or Bakel, Saint Louis, Kedougou, Dakar or Thiès, and you speak with people who may not regularly interact with men and women in the military or in law enforcement uniform, tell them why you are here.  Tell them about the good things a secure region will mean for their lives.  Show them, though our collective your actions, that the military forces of Africa, Europe, Canada, and the United States are professional and worthy of the support of the people, because you are the alternative to terrorism, and to extremism.  The people already know and value the protection their own Senegalese forces offer, but you can demonstrate that the militaries of over 30 nations stand with the Senegalese as the face of security and stability in the region.”

Training will focus on increasing military cooperation across the region and will take place at multiple locations, including at the Senegalese military training base in Thiès as well as Podor, Bakel, Saint Louis and sites in Mauritania.  Mauritania is, together with Senegal, co-hosting Flintlock 2016.

All Flintlock training activities are aimed at increasing safety and security in West Africa while strengthening government institutions, promoting multilateral sharing of information and developing interoperability among participating nations.  Flintlock is an annual training exercise and was hosted last year by Chad.  This year’s Flintlock event is projected to be the largest-ever for the cooperative military training event and will mark the third time Senegal has hosted in recent years.