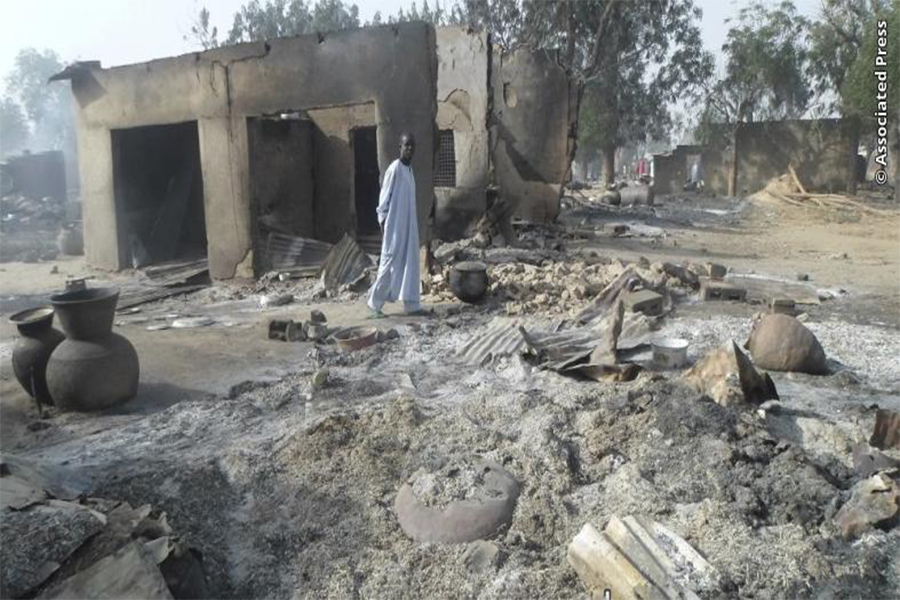 Violent extremism is on the rise in Africa.  The number of violent events linked to African extremist groups increased by more than 16 percent in 2017.  Throughout the year, groups like Boko Haram, Al Shabaab, ISIS, and AQIM continued to terrorize civilian populations, undermine effective governance, and threaten American interests.

Nowhere has the rise of violent extremism been more devastating than in Africa’s Sahel. This semi-arid scrub land south of the Sahara Desert is home to violent extremist organizations (VEOs) that prey on community marginalization, lack of government presence, and lack of accountability for security force human rights violations and abuses to recruit vulnerable followers.

I recently traveled to the Sahel where I saw firsthand how terrorism is threatening to destabilize entire societies. The barbarity of these terrorists is apparent in their treatment of civilians. For instance, since January 2018, more than 40 civilians, including men, women, and children, have been killed by improvised explosive devices in central Mali. Terrorists use violence indiscriminately, affecting civilians and soldiers alike.

Terrorism and violent extremism inflicts immeasurable suffering on extremely vulnerable and marginalized communities. These attacks are just the latest in a string of human rights abuses committed by VEOs in Mali that also includes attacks on UN peacekeepers, the kidnapping and killing of civilians, and restrictions on traditional practices.

During my trip, civil society, government representatives, and international donors all made one fact abundantly clear: military responses alone cannot and will not defeat terrorism. We must continue to work with our government partners, civil society, and local communities to implement a holistic approach that addresses violent extremism’s local drivers including poor governance, lack of accountability for human rights abuses, and marginalization.

Human rights abuses by security forces are a primary driver of violent extremism in Africa. The United Nations Development Program found that 71 percent of violent extremists surveyed cited the killing or arrest of a family member or friend by the government as their “tipping point” that caused them to join a VEO. We also know that democracies that are responsive to their citizens, respect civil liberties, protect human rights, promote the rule of law, and protect minorities are far less likely to experience terrorism.

The State Department’s Bureau of Democracy, Human Rights, and Labor (DRL) plays a central role in the fight against terrorism by helping our partners to address these challenges and opportunities. Using both diplomacy and programs, DRL helps governments and civil society to identify and mitigate the governance-related drivers of violent extremism and to hold those responsible accountable.  DRL works with partner governments to improve state capacity, accountability, and legitimacy and we work with local communities to improve their resilience and prevent terrorist recruitment.

In supporting fundamental American values such as good governance and respect for human rights, DRL simultaneously promotes core American interests, such as the defeat of global terrorism. The United States will continue to work with our partners to develop and implement holistic approaches that address the core drivers of violent extremism.  Good governance and respect for human rights will always be essential weapons in this fight against terrorism.

About the Author: Daniel J. Murphy serves as a Foreign Affairs Officer in the Bureau of Democracy, Human Rights, and Labor’s Office of African Affairs.