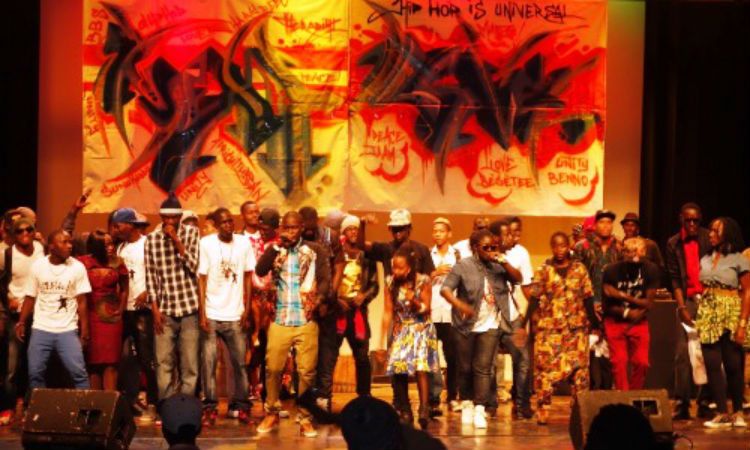 The artists celebrated the conclusion of the training program with a major production at the Daniel Sorano Theater in downtown Dakar on Friday, January 16, 2015, in the presence of the Deputy Chief of Mission of the U.S. Embassy in Dakar, Sandra Clark; the musician-Minister and Adviser to Senegalese President Macky Sall, Youssou Ndour; and Adviser to the Senegalese Minister of Culture Abdoul Aziz Dieng.  More than seven hundred people attended the performance, including many cultural officials and academic experts, fans of the performers, and Embassy staff and invited guests.

At the heart of the trip, the Next Level members — accompanied by Next Level Director and University of North Carolina (Chapel Hill) Music Department Head Mark Katz, U.S. Embassy DCM Sandra Clark, and the Embassy’s Public Affairs Officer Robert Post — paid a courtesy visit to Youssou Ndour, where they discussed the importance of promoting cultural cooperation to build solid bridges that can boost economic development.