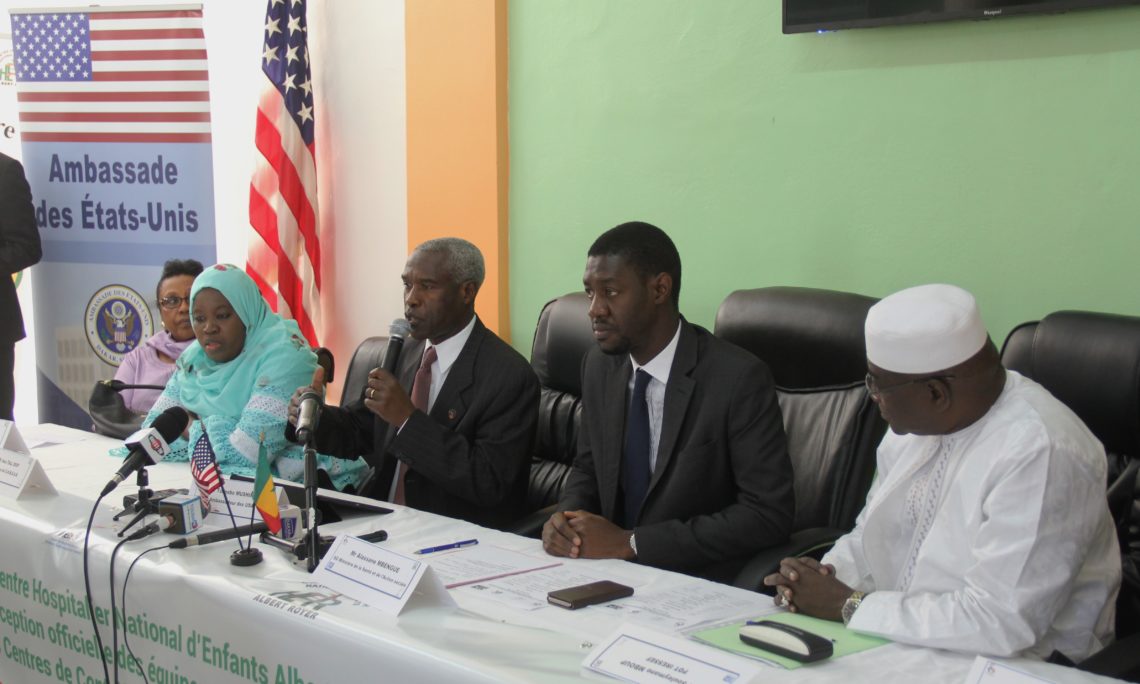 Since 2015, with the support of the Global Health Security Agenda, the United States and Senegal have been working together to improve the prevention, detection, and response to infectious disease outbreaks. In order for a country to be able to prevent, detect, and respond to an infectious disease outbreak, it needs to have strong national surveillance and laboratory capacity.

African countries continue to experience infectious disease epidemics and other public health emergencies. The World Health Organization tracks an average of 100 disease outbreaks and public health emergencies annually in Africa. Meningitis, as one of the top ten GHSA priority diseases, remains a serious public health problem in the region. The disease is most prevalent in the sub-Saharan ‘meningitis belt’, which includes 26 countries and stretches from Senegal and the Gambia in the West to Ethiopia in the East.

In 2018, Senegal reported 195 suspected cases with 13 deaths and no districts reached epidemic alert or outbreak threshold. However, as in many other countries, cases are under reported, and Senegal’s current capacity to detect and confirm suspected meningitis cases requires strengthening.

Today I am pleased to say that Senegal is building the laboratory capacity here at the Hoptial l’Enfant Albert Royer to detect and confirm suspected meningitis cases. This laboratory, which serves as the meningitis reference laboratory for the country, now has the specialized equipment and well-trained and highly competent staff to rapidly detect and respond to meningitis outbreaks.

The Global Health Security Agenda has been a mechanism for the United States government, through Centers for Disease Control and Prevention, to support countries in preventing, detecting, and responding to infectious disease outbreaks.  Here in Senegal, we do this in partnership with the Ministry of Health and Social Action, L’Institut de Recherche en Santé de Surveillance Epidémiologique et de Formations, and l’Hopital Enfant Albert Royer. It is a collaboration with the Government of Senegal that will be impactful and sustainable. The activities will be led by the country, for the country, and be owned by the country. We hope this will be a model in strengthening continued health systems, and that the platform can be relevant for other diseases in the future.

On behalf of the United States of America, I want to congratulate l’Hopital Enfant Albert Royer and L’Institut de Recherche en Santé de Surveillance Epidémiologique et de Formations for the progress made. Most importantly, I want to thank the Ministry of Health and Social Action for its leadership and its efforts in strengthening our health partnership through the Global Health Security Agenda.

We should be proud of the gains made so far, but we must not stop until we have made the world safe from the threat of all infectious diseases. I wish you much success and I look forward to our visit of the laboratory.