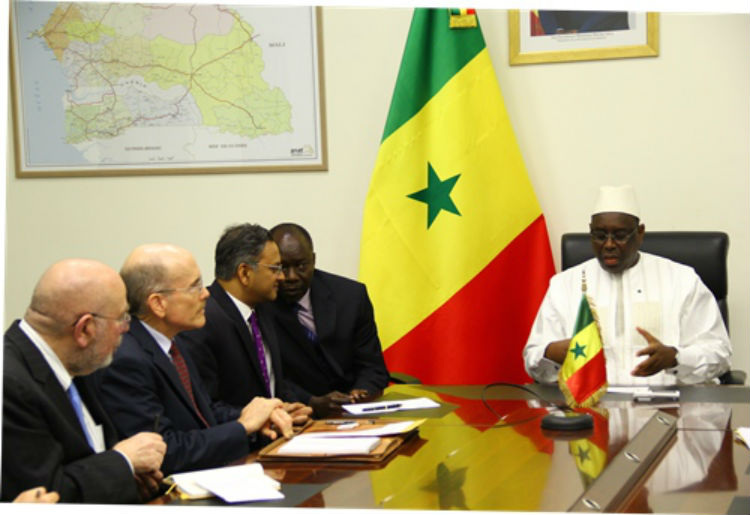 A delegation of high-level Millennium Challenge Corporation (MCC) officials, led by Vice President of the Department of Compact Operations, Kamran Khan, visited Dakar this week to congratulate the Government of Senegal on its selection by the MCC Board of Directors in December 2015 for the development of a second compact. Vice President Khan was accompanied by Principal Deputy Vice President of Compact Operations, Kyeh Kim; Counselor to the CEO, Jonathan Bloom; and Managing Director for Africa Programs, Melissa Ho. The delegation met with President Macky Sall, and Prime Minister Mahammed Boun Abdullah Dionne, Minister of Economy and Finance Amadou Ba and Minister of Infrastructure Mansour Elimane Kane, to discuss the compact development process in addition to representatives from the donor community, private sector and civil society to discuss the compact development process.

Compacts are large, five-year investments that address a country’s greatest constraints to economic growth. To be eligible for a compact, a country must first pass the MCC scorecard, which transparently collects third-party policy data to measure a country’s commitment to ruling justly, economic freedom, and investing in their people.

Senegal successfully completed its first MCC compact in September 2015 and has demonstrated an ongoing commitment to sectoral reform. Additionally, the Government of Senegal has pledged to complete all remaining first compact activities and ensure the sustainability of MCC’s investments. The MCC Board’s decision reflects satisfaction with the implementation of Senegal’s first compact and continued improved performance over the life of the partnership on the MCC scorecard. In its selection decision for Senegal, as well as recently selected Côte d’Ivoire, the MCC Board recommended that MCC explore potential investments that address regional obstacles to economic growth, in addition to domestic investments, recognizing that growth is more dependent than ever on economic integration. Poor countries can grow faster, create more jobs, and attract more investment when they are part of dynamic regional markets. The potential of a regional investment is great given the prominent role Senegal plays in the economy of West Africa.

The MCC Board of Director’s Senegal’s selection of Senegal as eligible to develop a second compact is a concrete example of MCC’s recognition of the country’s strong performance as a partner and its commitment to reform and investment in its people.

The Millennium Challenge Corporation is an innovative and independent U.S. Government agency working to reduce global poverty through economic growth. Created by the U.S. Congress in January 2004, with strong bipartisan support, MCC provides time-limited grants and assistance to countries that demonstrate a commitment to good governance, investments in people and economic freedom. Learn more about MCC at www.mcc.gov.