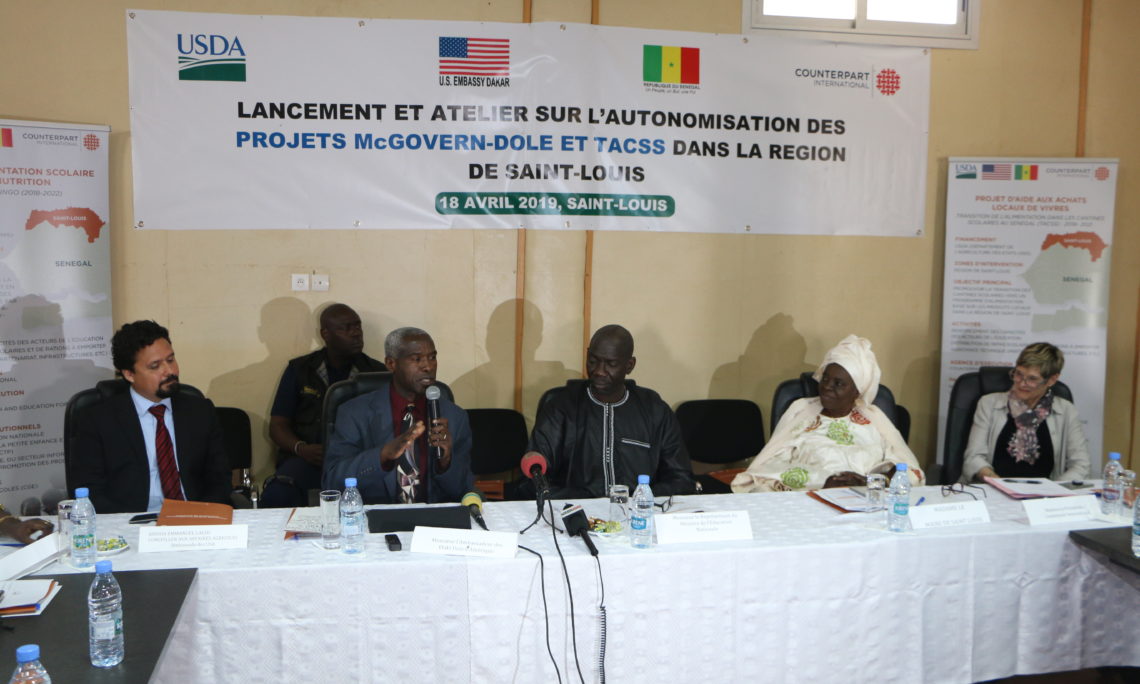 Good morning.  It is a great honor for me to join you today to launch the McGovern-Dole International Food for Education and Child Nutrition (McGovern-Dole) project, which builds off of the previous four-year project, as well as introduce the Local and Regional Food Aid Procurement (LRP) program.

Before I present these programs, I wanted to begin by congratulating you for supporting the improvement of the educational system here in Senegal.  By improving the educational system, you are giving your children an opportunity to begin the development of their own paths.  In truth, you are giving them an opportunity to dream.  And who knows, maybe one day your children will follow in the footsteps of famous Senegalese scholars such as Cheikh Anta Diop, who became a Professor of Egyptology at the University of Dakar, and eventually founded a radiocarbon laboratory in Senegal, the first carbon-14 dating laboratory in Africa.

The McGovern-Dole program, funded by the U.S. Department of Agriculture, has worked directly with teachers, parents, community members, and the government in the Saint-Louis Region since 2014.  Some of the project’s achievements from 2014 to 2018 included:

The U.S. Department of Agriculture recently awarded 14 billion CFA francs to Counterpart International to implement the McGovern-Dole and LRP programs for three to four years.

The new McGovern-Dole project will provide school meals to almost 45,600 students at 270 schools across 35 districts.  It will also address health and nutrition, improve education outcomes, as well as train government officials to manage the program for the long-term.

The LRP program will support the McGovern-Dole program by facilitating the purchase of local food, such as millet, cowpeas, sweet potatoes, and mung beans, from producers that will be used to prepare the school meals.

This graduation workshop is a great opportunity to start developing a long-term plan to sustain these efforts.  This means the goal is for the Government of Senegal and local communities to take full control, both administratively and financially, of the 270 schools supported by the McGovern-Dole and LRP programs in the Saint-Louis Region.

By supporting your own school feeding program, you are creating an educational bridge for the “Sukkabe Janngo,” [pronounced:  sukae be dzaengo], which in Pulaar means the children of tomorrow.  In this way, you are helping to ensure the achievements you see around you live beyond the life of this project.

I hope you have a successful workshop, and I look forward to hearing the steps you plan to take for a successful graduation.