MS HOLMAN: Okay, good morning. Good morning, ladies and gentlemen. I am Amy Holman, I’m the deputy chief of mission at the U.S. embassy and we’re ready to kick off this very important signing event. We’re happy to welcome you all here today and we’re delighted to have Minister Hott and Secretary of State Pompeo here to witness the signature of five memoranda of cooperation highlighting the strong and growing partnership between the United States and Senegal.

Minister Hott and the Secretary each have a few words for us before these signings. Mr. Minister, I’d like to welcome you to the podium.

(Via interpreter) I will speak in French. We are delighted to sign these MOUs between American companies, Senegalese institutions and companies, as well as the Government of Senegal. These five MOUs that we will be signing involve transportation, energy, healthcare, but also social projects. Therefore, we will sign this morning these MOUs, and after this signing we will push everybody to ensure that these projects will see the light of day.

(Inaudible) pleased to be signing these MOUs, five of them in five – in a few sectors: the health sector, the energy sector, the social sector as well, and a few institutions of Senegal will be signing with a U.S. firm, and after the signing we’ll all work very hard to make the projects a reality. Thank you very much. (Applause.)

MS HOLMAN: Thank you, Mr. Minister. Mr. Secretary, I would like to invite you to the podium.

SECRETARY POMPEO: Thanks. Good morning, everyone. This is very special, my first stop in this trip here to Senegal to talk about the power of the private sector – of the private sector to drive economic growth and value for the United States and for the people of Senegal and for your country. We’ve got some great work that’s been done. We’ll have agreements signed between Bechtel and the Ministry of Economy, a highway, a financing with ABD and General Electric – great American companies will all sign these agreements today. They’re important because not only will they deliver value here in Senegal and be good for these American and global companies, but they point towards a prosperous, secure place here in Senegal, here in Dakar, and they are the tip of the iceberg about the things that we can all do together.

So I’m thrilled to have the opportunity to be here with you all this morning to celebrate these great accomplishments between our two countries, and importantly, between our two private sectors. So thank you all so much for making this happen. (Applause.)

MS HOLMAN: Thank you very much, Mr. Secretary. We’d like to proceed now directly to the signings.

First we have Bechtel. I would like to invite Bechtel president Stuart Jones and Ageroute director general Ibrahima Ndiaye to the table. Gentlemen.

Bechtel president for corporate affairs Stuart Jones and Ageroute director general Ibrahima Ndiaye will now sign an MOU for a 170-kilometer highway from the Dakar metro area to Saint-Louis. In partnership with the Senegalese private sector, this project will create up to 4,000 Senegalese jobs and support more than 1,500 jobs in the United States.

(The MOU was signed.)

Thank you very much, gentlemen. (Applause.)

Okay, I would now like to invite General Electric CEO for Africa Farid Fezoua and FONSIS director general Demba Diallo to the table.

CEO for GE Africa Farid Fezoua and FONSIS director general Papa Demba Diallo will now sign an MOU for a project to upgrade health sector infrastructure in Senegal. This partnership will provide the Senegalese people access to diagnostic equipment. Gentlemen.

I would now like to invite Senelec director general Papa Biteye to the table. Thank you.

Okay. No, no, you stay. I would – okay, thank you. I would like to invite Senelec general Papa Biteye to remain in place, and Weldy Lamont president Patrick Hennelly to the table.

Weldy Lamont president Patrick Hennelly and Senelec director general Papa Biteye will now sign an MOU setting forth the next steps in their project to extend Senegal’s electricity grid to rural and underserved areas. Gentlemen.

Thank you very much, gentlemen.

Last but not – certainly not least, I would like to invite ABD Group CEO John Nevergole and Minister Amadou Hott to the table.

Thank you very much, gentlemen. Now we would – and now we would like to thank you for your participation, and if you could please —

PARTICIPANT: We’re going to do a group photo. They want to —

MS HOLMAN: Okay. We would now like to have all the signatories come here and we will do a group photo. 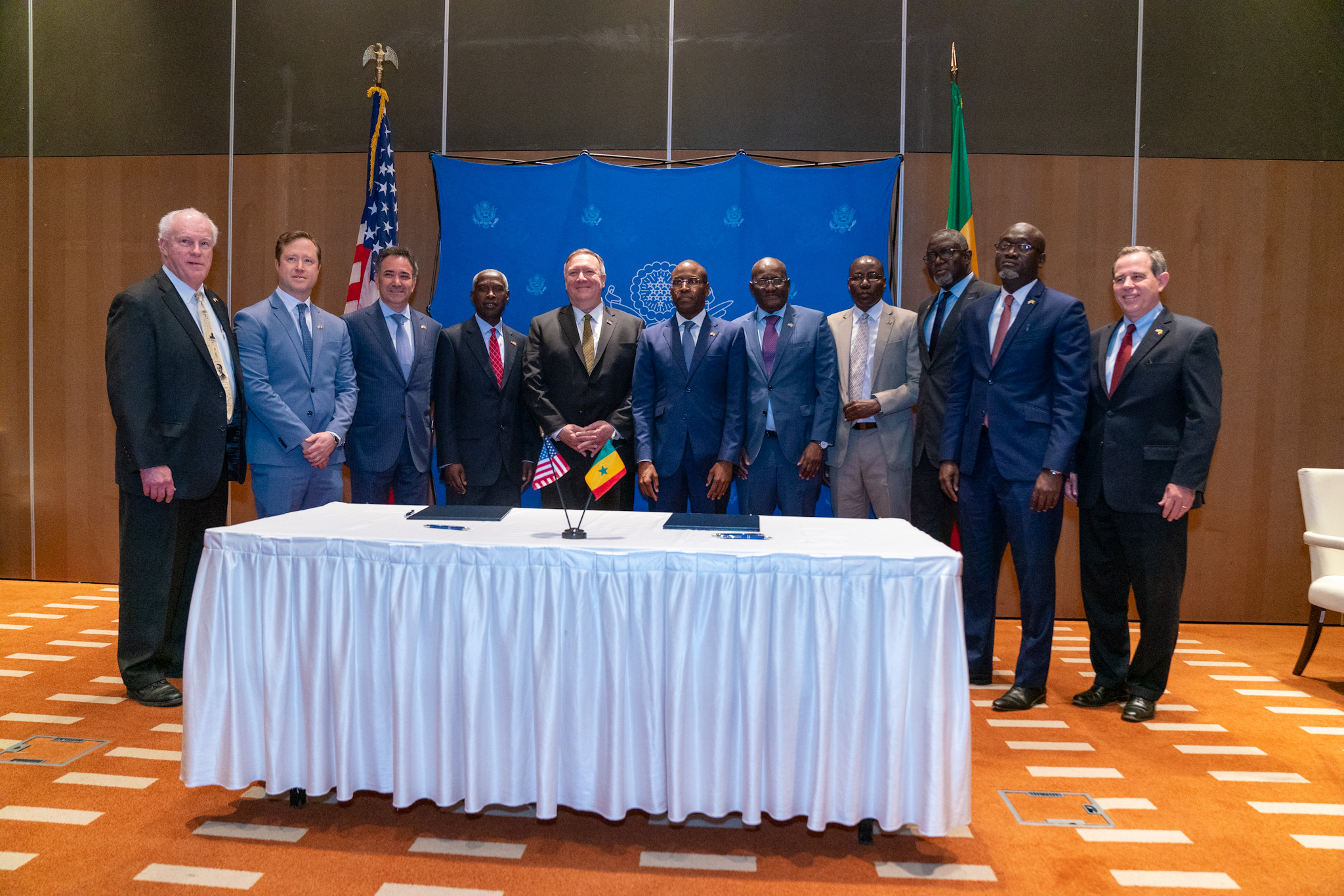 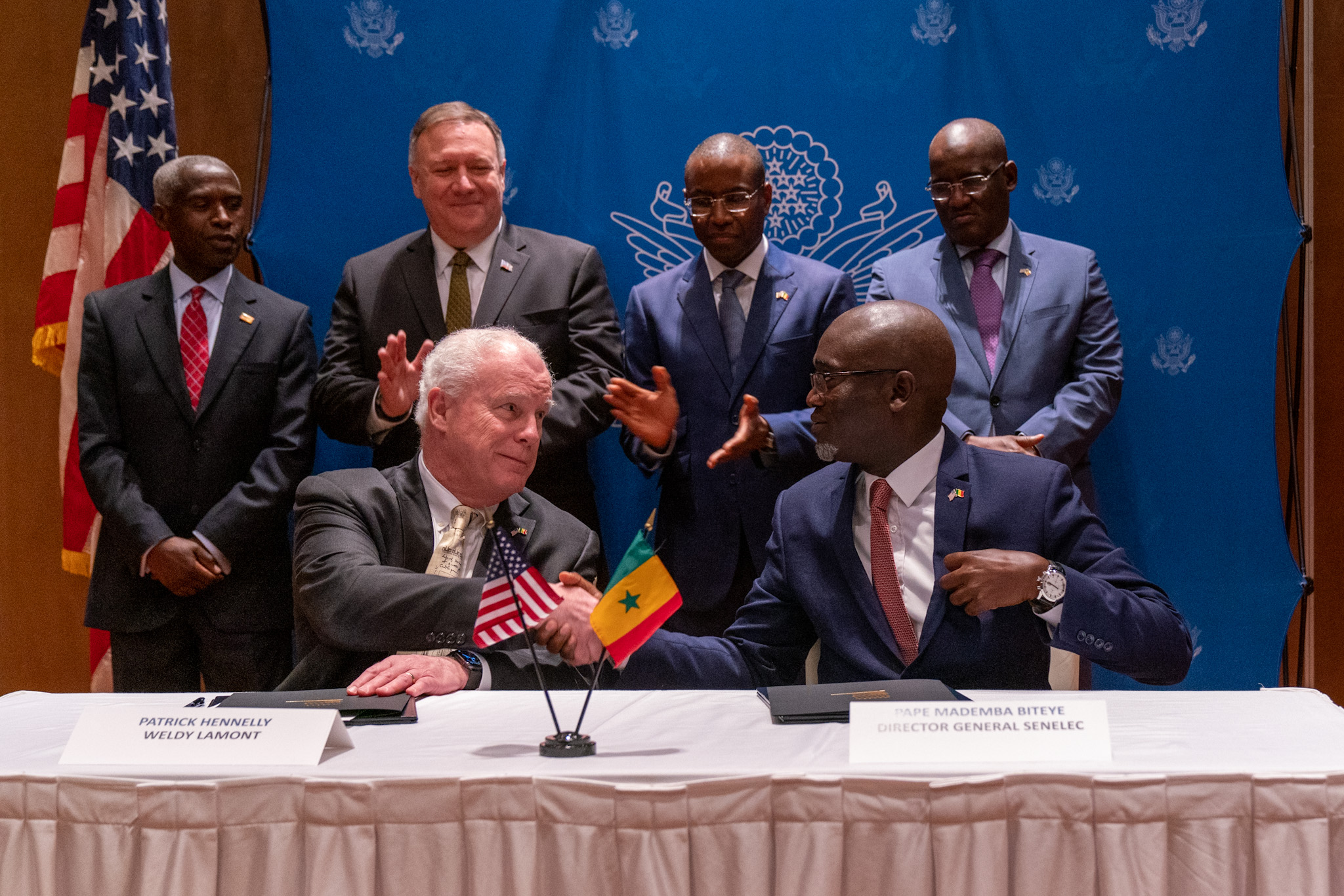 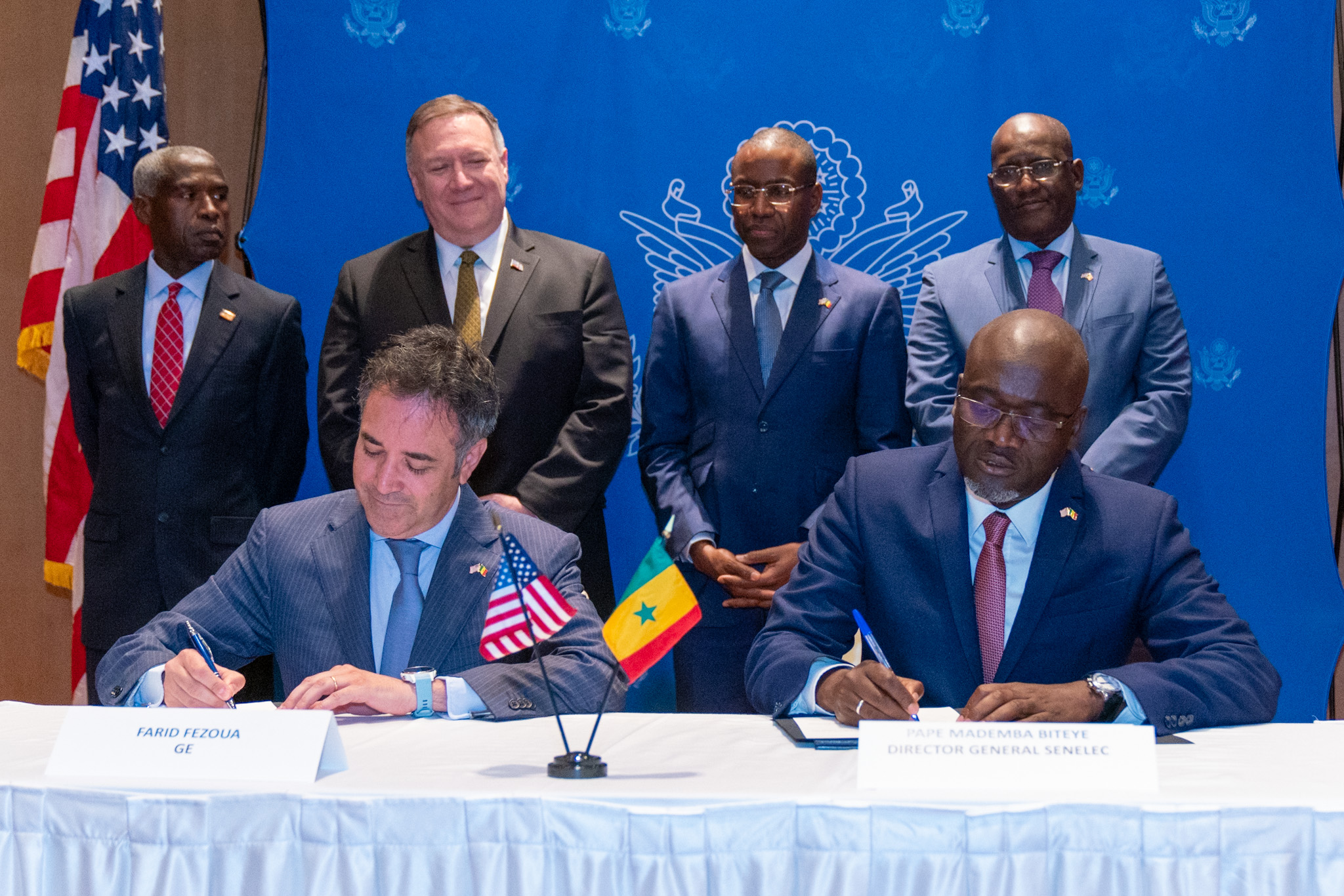 Signing during business meeting in Dakar