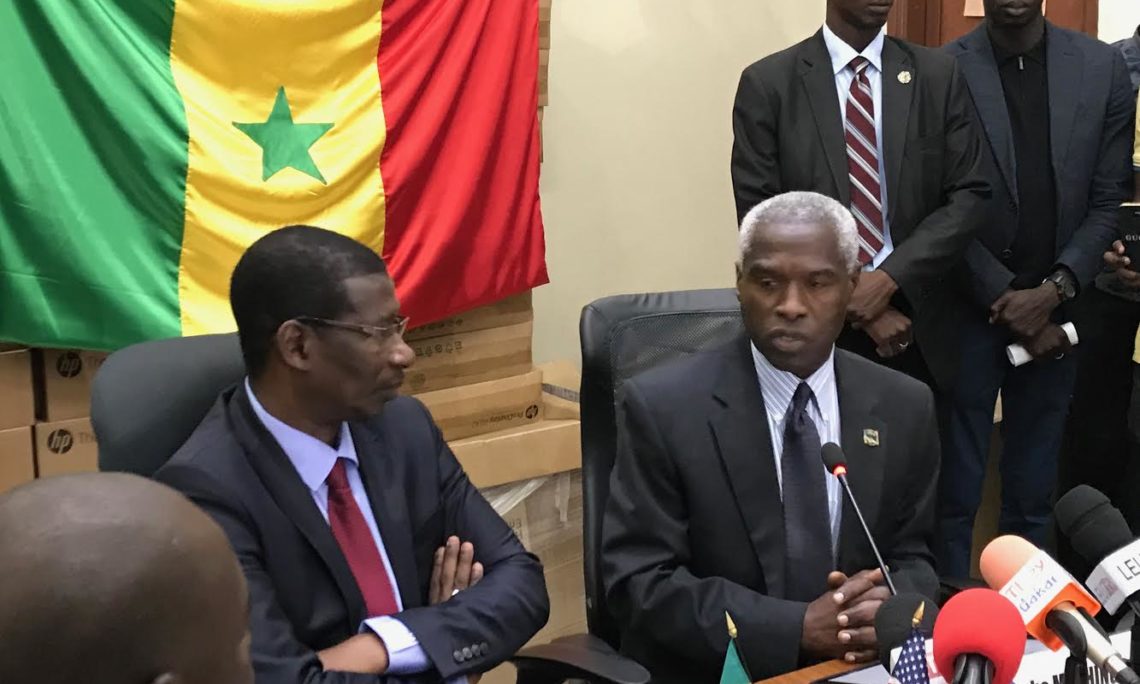 Mr. Minister, thank you for organizing this press conference and for the invitation.  It is a pleasure to be here to help welcome the dedicated scientists of NASA’s New Horizons space mission to Senegal.  As you know, NASA—the National Aeronautics and Space Administration—has brought more than 40 U.S. and French scientists to Senegal to observe a faraway asteroid, known as Kuiper Belt Object MU69 or Ultima Thule, when it passes or “occults”  in front of a star.  This will happen in a few days.  This city-sized object is located in the Kuiper Belt, a field of asteroids beyond Pluto.  It is a critical phenomenon to observe, as it will help NASA’s New Horizons space mission in its quest to understand the farthest reaches of our solar system.

On this panel are distinguished scientists who will explain in more detail the scientific significance of this mission.  What is striking to me, however, is not just the impact of this occultation for astronomy, but the strong collaboration across borders to make this mission possible.  This is a huge undertaking.  NASA rallied U.S. and French educational institutions.  New Horizonsworked closely with the U.S. Embassy in Dakar as well as the Ministry of Higher Education, Research and Innovation to make the logistics possible.  We are grateful for the involvement of the Government of Senegal who has been enthusiastic and committed not only to this mission, but also to the promotion of scientific ties between the United States and Senegal.  Pardon the pun, but this is a collaboration etoilée in the name of scientific discovery across countries.  I hope that the interactions to follow among the U.S., French, and Senegalese scientists will yield future scientific partnerships, and that Senegalese students will be inspired to set their sights on the stars and to study our solar system.

Welcome again, to the scientists of NASA’s New Horizons space mission and I wish you all the best during this important endeavor in Senegal.