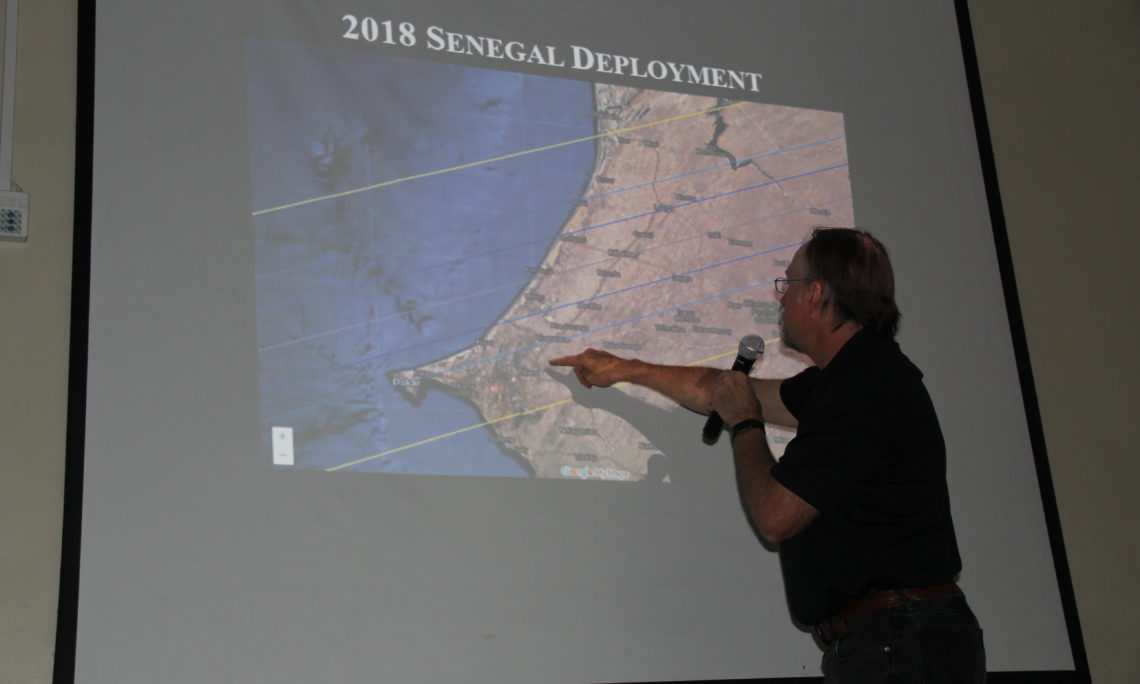 The National Aeronautics and Space Administration (NASA) is sending a team of over 30 U.S. scientists and 21 mobile telescopes to Senegal for a unique astronomical opportunity to view a stellar occultation (when an object passes in front of a star) of a new Kuiper Belt Object, known as Ultima Thule, as part of NASA’s New Horizons space mission.

Working in partnership with U.S. Embassy Dakar and the Senegalese Ministry of Higher Education, Research and Innovation (MESRI), the team will conduct tests outside of Dakar before heading to the field to observe and capture the occultation in the early hours of August 4.  Senegalese and French scientists will join the New Horizons team.  This mission will help scientists learn more about the Solar System’s outer reaches and is an example of U.S.-Senegalese scientific partnership and cooperation.

On July 30, MESRI will hold a press conference with U.S. Ambassador Tulinabo Mushingi, the Minister of Higher Education, Research and Innovation, and representatives from NASA New Horizons and NASA headquarters.  There will also be a July 30 panel discussion featuring panel discussions by U.S., Senegalese, and French scientists describing the astronomical observation to be done at Senegal.  The U.S. Embassy in Dakar is also organizing a science technology engineering and mathematics (STEM) focused event in Dakar with NASA scientist participation as well as STEM workshops in Thies and Louga.

Launched in January 2006, NASA’s New Horizons spacecraft successfully flew by Pluto in July 2015 and continues to explore the edge of the Solar System by observing newly discovered objects in the Kuiper Belt to learn about their origins, including Ultima Thule.  Dr. Marc Buie, a New Horizons team member from the Southwest Research Institute (SwRI) in Colorado, discovered Ultima Thule in 2014. The August 2018 occultation that will be observed in Senegal and Colombia is a key event in the New Horizons mission.

This mission is possible due to a collaboration of many partners working with NASA.  The Johns Hopkins University Applied Physics Laboratory in Maryland, designed, built, and operates NASA’s New Horizons spacecraft, and manages the mission for NASA’s Science Mission Directorate. SwRI leads the science team.  From France, the Centre national d’études spatiales and the Paris Observatory are sending scientists to participate in the occultation observation in Senegal.  MESRI has worked closely with the New Horizons mission and the U.S. Embassy on organizing the logistical and technical aspects of the observation and is coordinating a team of Senegalese scientists to participate in the observations.

For more information on the New Horizons Expedition: https://www.nasa.gov/pdf/139889main_PressKit12_05.pdf