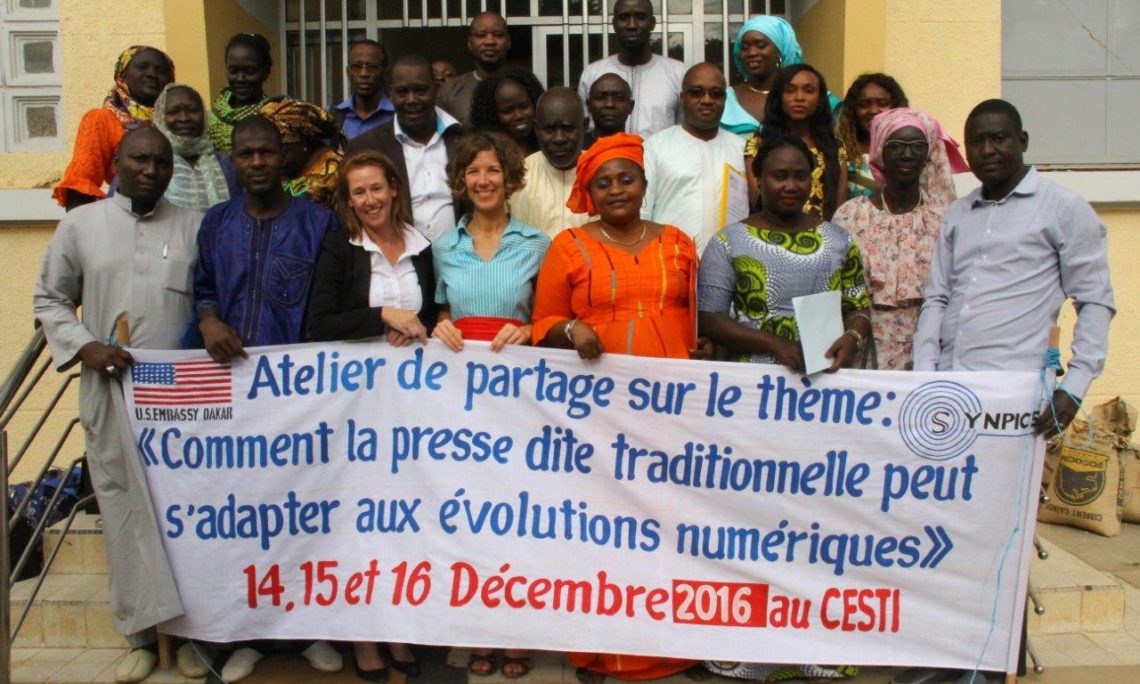 The U.S. Embassy, in conjunction with the Journalism union SYNPICS, collaborated to organize a workshop of three days on the theme “How Traditional Press can Evolve in a New Media Age.”  A U.S. expert, Marie Doezema accompanied by veteran journalist and professor Hamadou Tidiane Sy, ran the workshop which included forty journalists, editors and media administrators.  The Public Affairs Officer Robert Post, the Director of Communications for the Ministry of Communication Alioune Drame, and the General Secretary of SYNPICS Ibrahima Khaliloulah Ndiaye presided over the opening of the event. In his remarks, Mr. Post noted that a vibrant and self-sustaining press is an integral part of a free press.