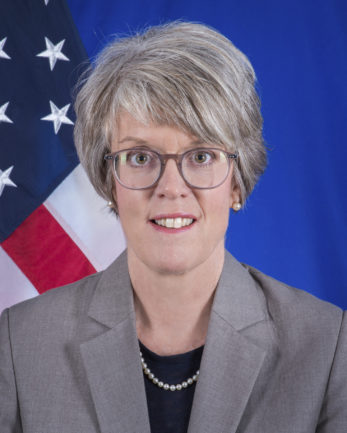 Amy Holman began her assignment as Deputy Chief of Mission at the U.S. Embassy in Dakar in August 2019.  She previously served as Deputy Assistant Secretary/Office Director in the Trade Policy and Programs division of the Bureau of Economic and Business Affairs in Washington, DC from 2016 to 2019.