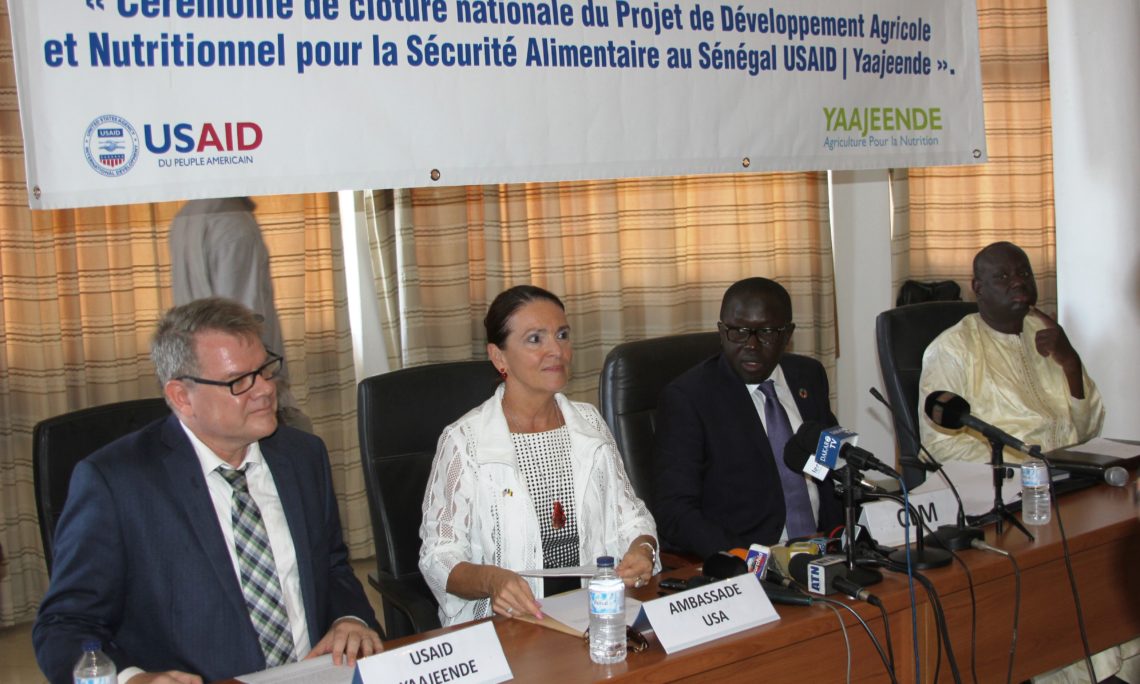 Seven years ago, in eastern Senegal, many children were malnourished and sickly. Women had limited access to land on which to farm. Tens of thousands of farm families lacked access to quality seed, tools, and information, leaving them vulnerable to drought and climatic shocks.

Yaajeende [pronounced “yah-JEN-day”] changed this by focusing on the root causes of malnutrition and poverty, expanding opportunities, increasing access, and enhancing local know-how.

Seven years ago, in eastern Senegal, the lean seasons were long, and many villages and communes lacked the capacity to combat malnutrition.

Yaajeende changed this by working with communities to identify their productive assets and develop the skills of their citizens. It helped form village level- and commune-level working groups. It developed Debbo Galle [pronounced “DEH-boh GAH-lay”] mothers’ groups and helped them to put together plans addressing malnutrition in their communities.

Seven years ago, in eastern Senegal, there were few private sector or institutional actors present in communities to bring state-of-the-art solutions to improve the quality of people’s diets.

Over the past seven years, Yaajeende has helped improve levels of health, wealth, and resilience for as many as one million Senegalese citizens. It has made a difference for 100,000 households in nearly 50 communes and 800 villages across Matam, Bakel, Kedougou, and Kolda.

In Yaajeende villages, chronic malnutrition among children under-five has dropped by nearly a third, and malnutrition among women has declined by a quarter. Revenues of families participating in Yaajeende activities have increased on average by nearly 60 percent, and commune-level citizen working groups [groupements de travail citoyen in French] are implementing their own food security plans.

These are all impressive achievements. But one of the most impressive things that Yaajeende has done is to help people find their own solutions. People in Yaajeende communities are now generating their own revenues and making more informed decisions on how to improve the status of their families.

All of you in this room are part of something bigger than just this project. It is a perfect example of the concept of synergy, with the whole being greater than the sum of its parts. You are those parts, and you should be proud of what you have accomplished.

I am delighted to be here today to honor your achievements and to wish you good luck in the future. And I look forward to what seven more years of work and growth will bring.

Yaajeende has already made such a difference for children, women, families, and communities.

I know its legacy is going to do the same for many, many more.