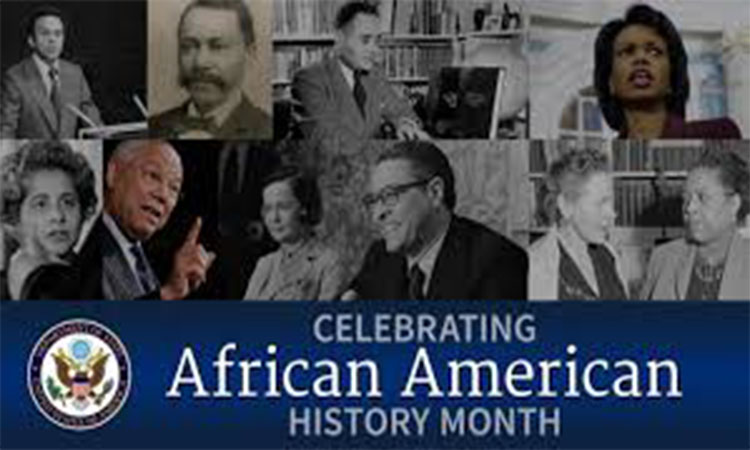 President Ulysses S. Grant appointed Ebenezer Bassett as the U.S. Minister to Haiti and the Dominican Republic in 1869. He was the first African American to serve as a U.S. diplomat anywhere in the world.

In 1948, President Truman appointed Edward R. Dudley to the position of United States Envoy Extraordinary and Minister‎ Plenipotentiary to Liberia. In accepting this position he became, the first United States Ambassador to Liberia and the first African-American ambassador. Dudley’s chief objectives were to implement President Truman’s Four Point Plan, which outlined foreign aid to Africa. The plan also sought to provide technical assistance, as well as agricultural and industrial equipment and skills training.

“The well-being and the hopes of the peoples of the world can never be served until peace — as well as freedom, honor and self-respect — is secure.”

Beginning in the 1940s, Ralph Bunche embarked on a career that made him one of the most prominent diplomats in U.S. history. He was a leading advocate of granting independence to colonial regimes around the world. In 1944, he joined the Department of State as an advisor on the future of colonial territories. He also advised the U.S. delegation that helped to draft the charter of the United Nations. Bunche joined the United Nations in 1946. He played an important role in the creation and adoption of the Universal Declaration of Human Rights. He was awarded the Nobel Peace Prize in 1950 for his mediation efforts in the Middle East. He became Under Secretary General of the United Nations in 1968.

“If my life has any meaning at all, it is that those who start out as outcasts can wind up as being part of the system.”

In 1965, President Lyndon Johnson chose Patricia Harris to become the U.S. Ambassador to Luxembourg. She was the first African-American woman named as an American envoy. She said, “I feel deeply proud and grateful this President chose me to knock down this barrier, but also a little sad about being the ‘first Negro woman’ because it implies we were not considered before.” She also served as an alternate delegate to the 21st and 22nd General Assemblies of the United Nations.

“In a world where change is inevitable and continuous, the need to achieve that change without violence is essential for survival.”

“Our work has only begun. In our time we have an historic opportunity to shape a global balance of power that favors freedom and that will therefore deepen and extend the peace. And I use the word power broadly, because even more important than military and indeed economic power is the power of ideas, the power of compassion, and the power of hope.”

Interested in learning more about African-American leaders in U.S. diplomacy?

Christopher Teal, U.S. Foreign Service Officer and author of Hero of Hispaniola: America’s First Black Diplomat, Ebenezer D. Bassett, will discuss his current project, a documentary on Bassett, after a screening of the upcoming film. Dr. Ka’mal McClarin, Curator at the Frederick Douglass National Historic Site, National Park Service, will lend insight into Douglass’s little-known diplomatic career. Several artifacts belonging to Douglass during his time in Haiti will be on display.