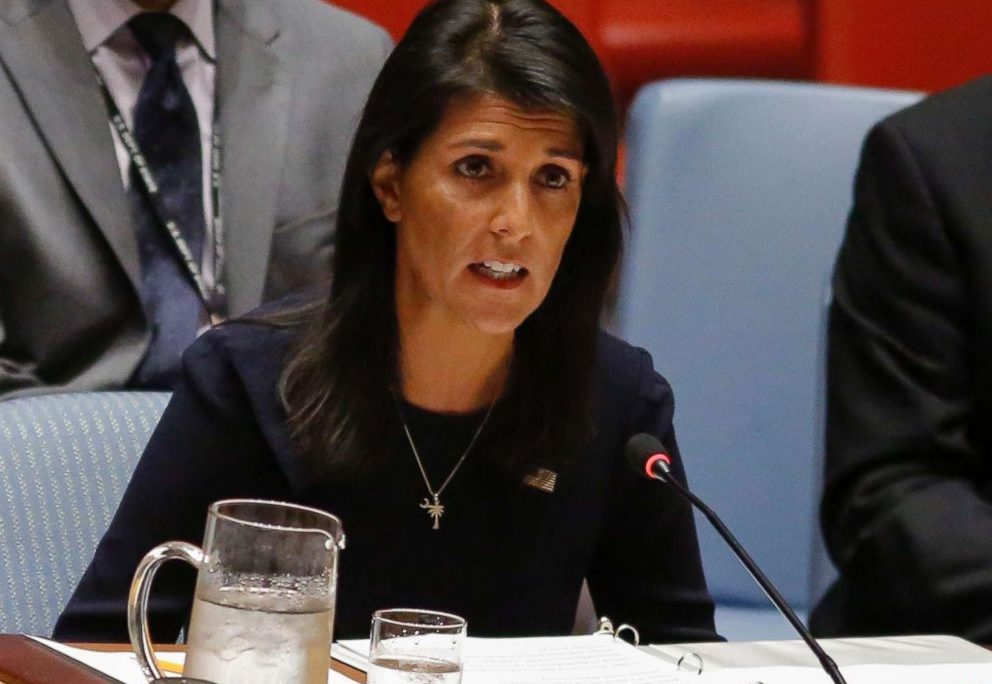 Thank you very much, Mr. President.

We gather today to commemorate a shameful and brutal period in the world’s history. We remember the over 10 million men, women, and children who lost their lives and their dignity at the hands of the transatlantic slave trade. The rare messages of hope that come from this terrible time are the stories of the courageous men and women who fought for and won their God-given right to freedom. Some of them made the ultimate sacrifice, dying in slavery, so that others may live in freedom.

We can’t change this painful part of our history, but we can learn from it by remembering these remarkable people. We remember Elizabeth Freeman, an African American slave who was the first to sue for her freedom – and win – in Massachusetts court in 1780. She was inspired to fight for her freedom by listening to the wealthy family she served discuss the Bill of Rights. In describing her time in captivity, Elizabeth said, “…if one minute’s freedom had been offered to me, and I had been told I must die at the end of that [one] minute, I would have taken it – just to stand one minute on God’s [earth as] a free woman.”

Two hundred years later, Elizabeth’s pain still stings for anyone who believes in the inalienable right to freedom. Elizabeth won her liberty, but most slaves had to wait 83 years for President Lincoln to issue the Emancipation Proclamation. And even then, the journey to full participation in the American dream for African-Americans was far from over. It was not until the 1960s – in the not too distant past – when the descendants of slaves were granted equality before the law. And that struggle continues. In Elizabeth’s words and her example, we find the inspiration for all of us to protect the hard won gains of liberty and to continue our work to extinguish hate and discrimination.

Next week, we will commemorate the 50th anniversary of the assassination of Dr. Martin Luther King, Jr. In 1963, when Dr. King was jailed in Birmingham, Alabama, he wrote about the struggle for civil rights that he was leading in my country. Even from his jail cell, he wrote, “If the inexpressible cruelties of slavery could not stop us, the opposition we now face will surely fail. We will win our freedom because the sacred heritage of our nation and the eternal will of God are embodied in our echoing demands.” He was right. As the former governor of South Carolina, the progress we have achieved since Dr. King wrote those words has been especially important to me. My state’s troubled history with slavery and discrimination is well known, and its lessons live on. Anyone who knows the South Carolina of today knows how much progress has been made, as we use these lessons to move forward as a people.

So while we are proud of what we have achieved, we do not forget the long and challenging road that got us here. That is why the United States helped fund the Permanent Memorial in Remembrance of the Victims of Slavery and the Transatlantic Slave Trade. And that is why the International Decade for People of African Descent is so important. They remind us of the work we must do to defeat slavery and inequality and to eradicate discrimination in all forms.

And they give us role models like Elizabeth Freeman to guide our efforts. Elizabeth Freeman died a free woman in 1829. I’m told her tombstone still exists in an old cemetery in Stockbridge, Massachusetts. It reads, in part, “She was born a slave and remained a slave for nearly thirty years. She could neither read, nor write, yet in her own sphere, she had no superior or equal.”

May we go forward to build a freer and more inclusive world, informed by the lessons of history and inspired by the example of extraordinary people like Elizabeth Freeman.