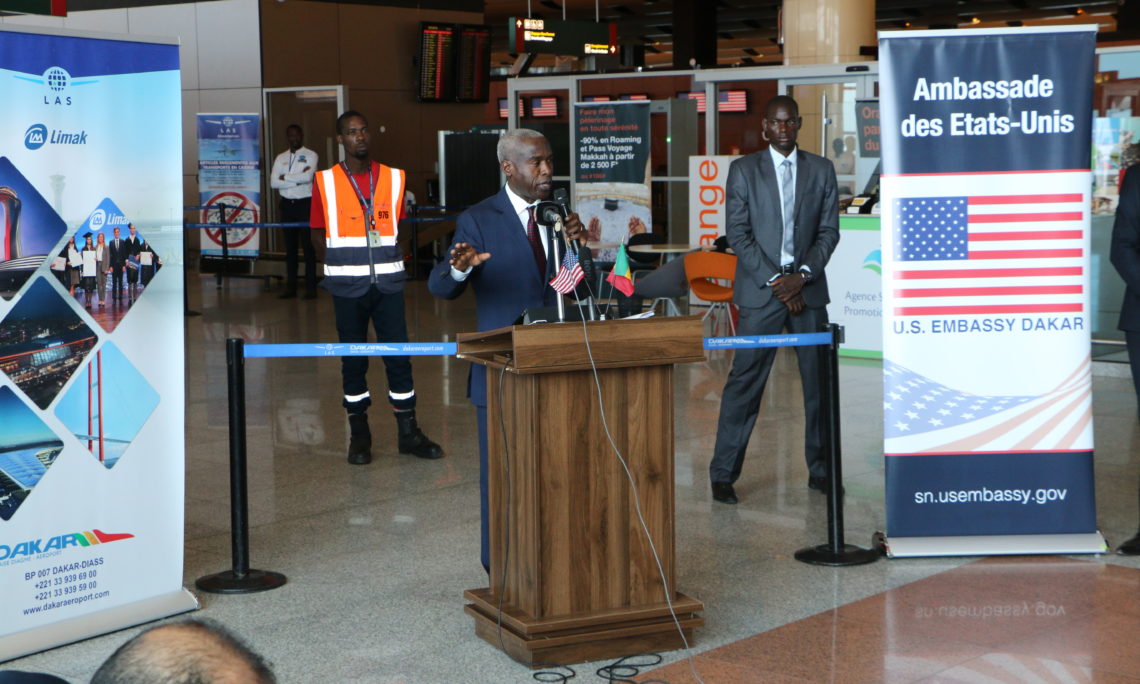 This ceremony is a perfect example of our two countries working together to realize common peace and security goals. This also highlights the Senegalese ability to reinforce global aviation security efficiencies by enhancing technology and encouraging a culture of security.

I would like to acknowledge the hard work and determination of AIBD/DSS officials and their staff have taken to improve global aviation security, which is our common goal and in line with President Sall’s Security 2025 vision.

Also, allow me to acknowledge Mr. Maguèye Marame Ndao (Civil Aviation Director) as the competent authority for his unconditional support to the US Government and to TSA.

The cooperation style we pursue is a win-win partnership. Through TSA inspections and assessments, the U.S government identifies areas of improvement and at the same time offers solutions that work for all of us.

These new security screening machines are a testament of this exemplary cooperation.

I say “Gno Bokkeu Gal gui”. Both the U.S and Senegalese governments continue working hard to reinforce aviation security with the use of modern screening and facilitation technology. I am very pleased to learn that Senegal also purchased seven (7) ETD machines to increase security in additional airport areas.

When we add the two Body scanners and four ETDs purchased by the US government to the seven ETDs you purchased, together we raise the baseline of aviation security at AIBD airport and this is what I call “Khathieundo-Doreundo”.

The United States through TSA and ATA is a willing partner with the Senegalese to meet and sustain ICAO standards and counter the threat of transnational terrorism against commercial aviation.

I would like one more time to thank the Senegalese Government, ANACIM, HAAS, LAS, Douanes for their perseverance and availability during scheduled ATA/TSA inspections and trainings.

I look forward to the continued partnership between Senegal and the United States to aid in the prosperity and security in each of our nations.

Thank you for your attention.