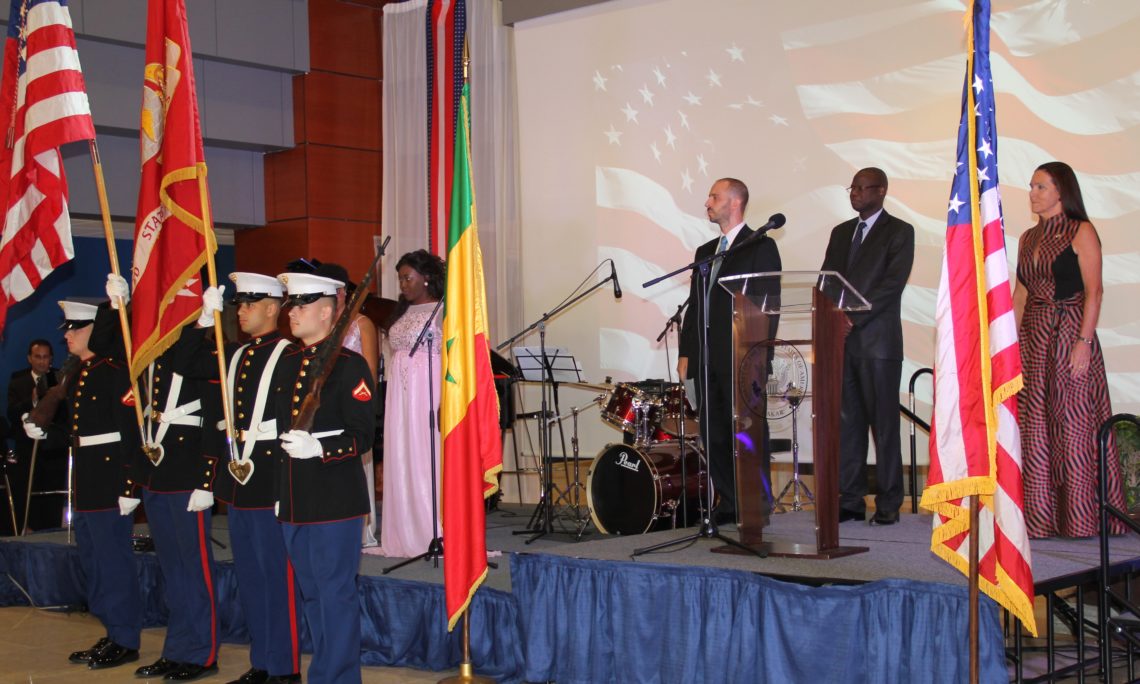 U.S. Independence Day marks the anniversary of when the country’s founders signed the Declaration of Independence on July 4, 1776.  This year, the U.S. Embassy in Dakar celebrated the United States’ 241st Independence Day with 600 guests on June 28.  Chargé d’Affaires Martina Boustani and the Senegalese Armed Forces Minister Augustin Tine presided over the celebration.  Guests included diplomats and military officials as well as business leaders, religious dignitaries, and civil society leaders.

For this year’s festivities, the Embassy chose a special theme, America’s diversity.  As Chargé Boustani said “these differences have shaped our country 241 years ago at its inception, and continue to make it strong.”

Chargé Boustani remarked that “American diversity is well represented at the Embassy.  U.S. diplomats increasingly reflect the broader make-up of the American public, each having a unique family history.  Some have ties in the United States going back generations, even centuries, while others, like myself, are first and second generation Americans.  They or their forebears came from all over the world – in the room we had diplomats with origins from countries such as Nigeria, Liberia, Guyana, Haiti, India, Pakistan, Afghanistan, South Korea, ‎Germany and France to name a few.  They are Christians, Muslims, Jews and Buddhists.  And they are all Americans and are bound by one thing – a pledge to uphold the values of our Constitution.”

Both Chargé Boustani and Minister Tine also recognized the strong bilateral ties and shared values that link the United States and Senegal. 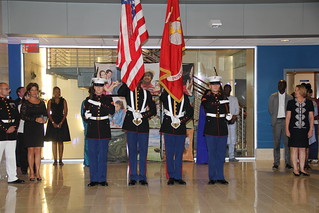