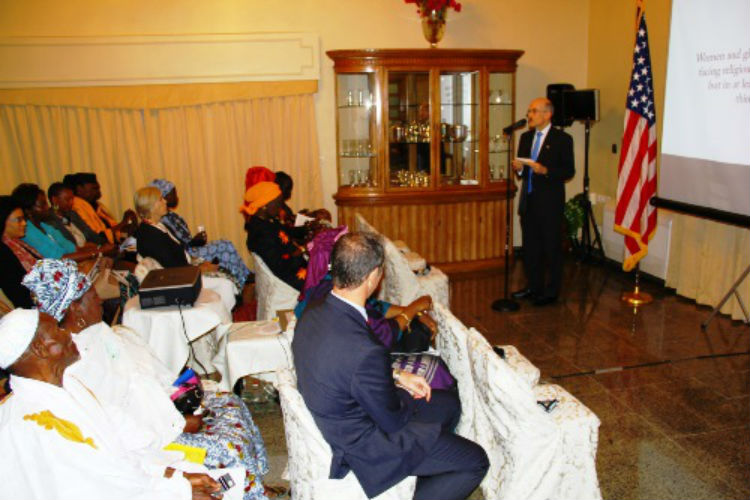 On the occasion of Women’s History Month — which is celebrated every March — U.S. Ambassador James Zumwalt invited guests to his residence for the premiere of the film “Senegalese Women:  A Challenge to Strife,” directed by former U.S. Political Attaché in Senegal, Ed Nef.  This 35-minute documentary film discusses the contributions of Senegalese women to the country’s social stability and economic development.

Religious leaders and opinion leaders such as academics, politicians, and economists took part in the premiere, along with interviewees and other participants in the film.  A lively discussion led by Ambassador Zumwalt followed the screening, during which the participants gave their impressions of the film, as well as their thanks to the Embassy for its reliable support to women’s rights and promoting girls’ education.  The public commented on the various legal and political achievements of many Senegalese women in the last few years.  Nevertheless, some audience members called upon society and governing authorities to act on certain challenges that must be faced in order to overcome gender-based economic and social inequality.