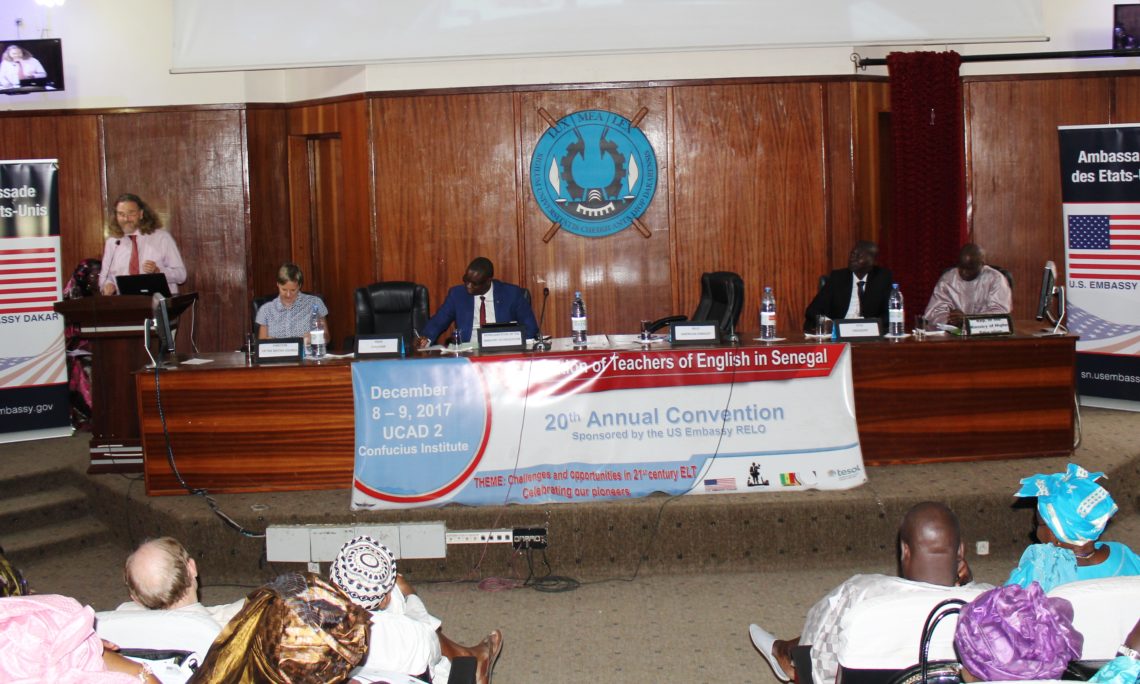 U.S. Embassy Dakar sponsored the 20th annual convention of the Association of Teachers of English in Senegal (A.T.E.S.) December 8-9 through its Regional English Language Office (RELO). The event gathered hundreds of teachers from all regions of Senegal and representatives of Teachers’ Associations from seven other Sub- Saharan African countries covered by the Dakar RELO. RELO Eran Williams co-presided the official opening along with representatives of the Ministry of National Education and the one of Higher Education, Research and Innovation.

The thirty presentations tackled various aspects of the main theme and presenters proposed strategies for turning challenges into opportunities.  Learner autonomy, critical thinking and problem-solving skills, life skills, and technology use were some of the suggestions participants were encouraged to incorporate in their teaching practices to cope with the realities of the 21st century.

The U.S. embassy has been supporting the activities of A.T.E.S. for nearly two decades, helping the organization strengthen its position in the sub-region and standing as a model for other Teachers’ Associations.