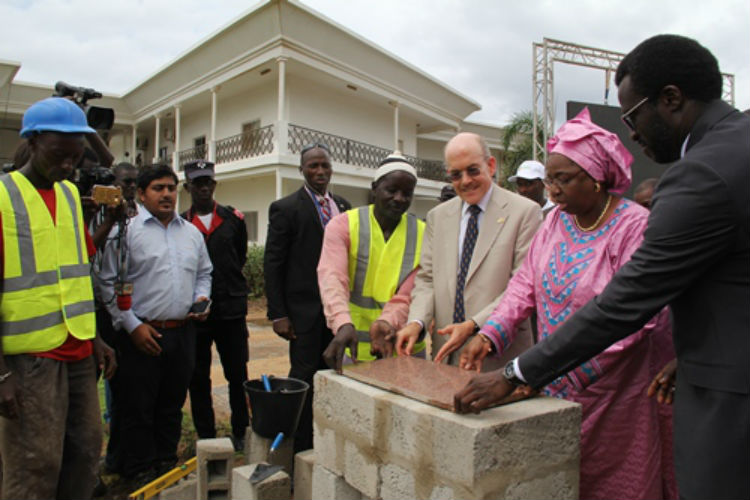 Minister Coll-Seck said: ” We need a structure to enable us to collect all health data and prepare population and health personnel to possible health risks. ”

Ambassador Zumwalt reiterated the U.S. commitment to support Senegal’s efforts to meet public health challenges across the country. “This center, when complete, will stand as a concrete example of our strong bilateral ties and serve as a bulwark against new epidemic storms.”

The concept of an Emergency Operations Center goes back to the Ebola outbreak. In November 2014, the United States and Senegal began working together more closely to detect, prevent, and respond to public health emergencies.  The U.S. government funded $2 million for the Center.