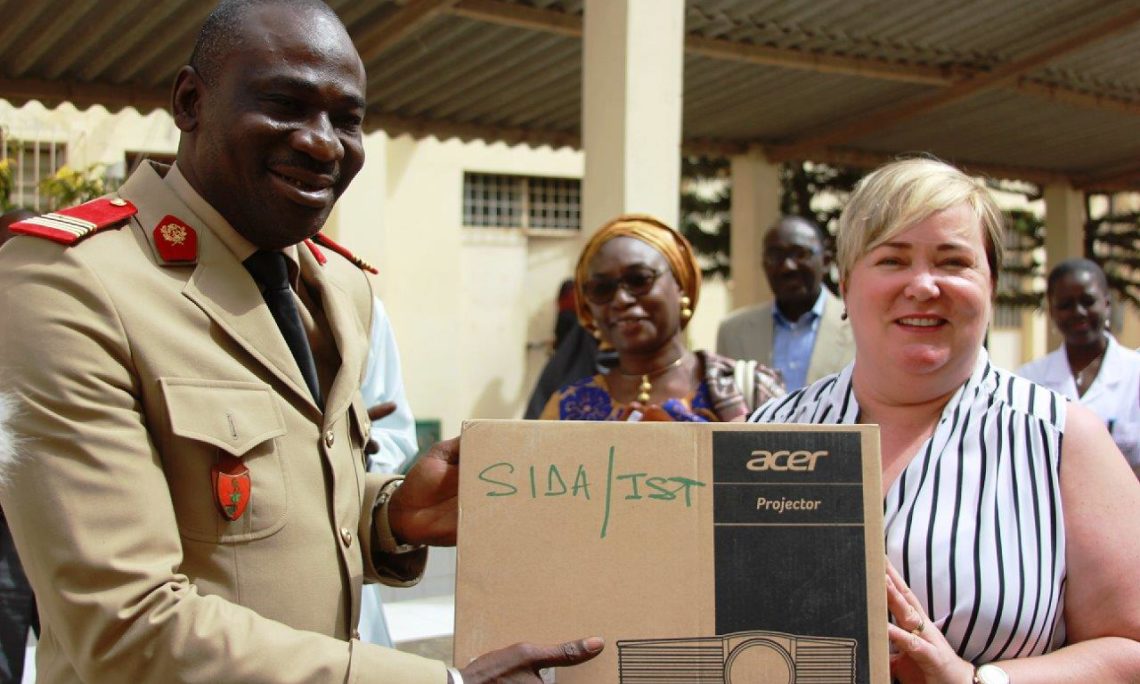 On Wednesday, May 10, 2017, USAID donated HIV and AIDS laboratory equipment worth four million francs CFA (approximately 6,600 USD).  “This donation will significantly support laboratories which test patients’ HIV viral loads in Sédhiou, Kolda, et Ziguinchor [where some of country’s highest HIV transmission rates are recorded].  They will ensure that vulnerable populations in these targeted regions benefit from high quality HIV testing services as well as effective antiretroviral treatment,” said Alisa M. Cameron, the director of USAID’s Health Office in Senegal.  The equipment was donated at a ceremony at the Polyclinique in the Medina neighborhood of Dakar. Professor Cheikh Tidiane Ndour, director of the AIDS and Sexually Transmitted Infections (STI) division of the Ministry of Health and Social Action, expressed gratitude for the donation as well as the continued partnership between the United States Government and the Ministry of Health and Social Action in Senegal.