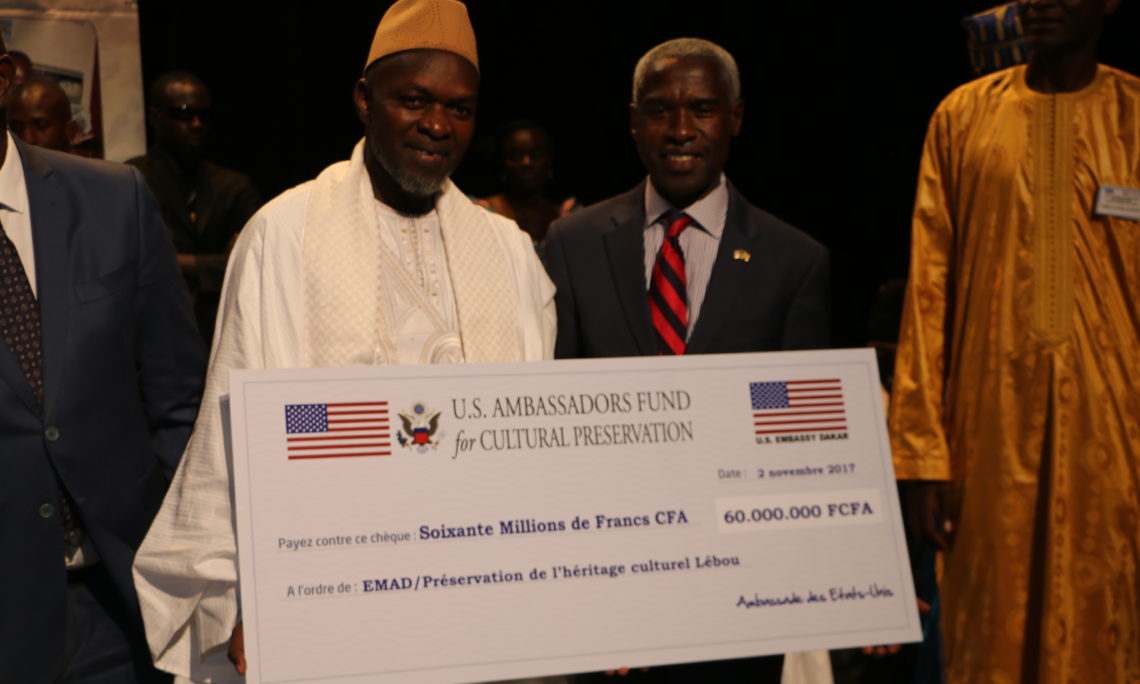 U.S. Government Supports The Lebou Community in the Preservation of its Culture

U.S. Ambassador Tulinabo Mushingi and Minister of Culture Abdou Latif Coulibaly presided over the signing ceremony of a $108,800 Ambassadors Fund for Cultural Preservation grant for the Lebou community on November 2.  The project, led by the organization Entente des Mouvements et Associations pour le Développement (EMAD) will help to preserve the traditional music of the Lebou community, an ethnic group living on the peninsula of Dakar.

The project will last for one year.  During the project, EMAD will organize workshops, a forum, and performances on Lebou music and dance, publish a book and CDs, and make a documentary film.

Since its founding, the U.S. Ambassador’s Fund for Cultural Preservation has funded several projects preserving Senegal’s diverse history and culture: documenting traditional music of the Serere None community, safeguarding collections at the Henriette Bathily Women’s Museum, preserving photographs and documents of President Leopold Sedar Senghor, aiding the conservation of collections at Museum of African Art in Dakar, and creating a digital library at the West African Research Center of oral histories. 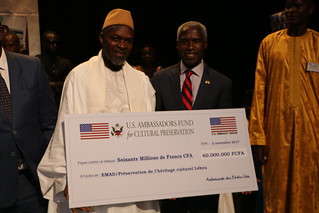