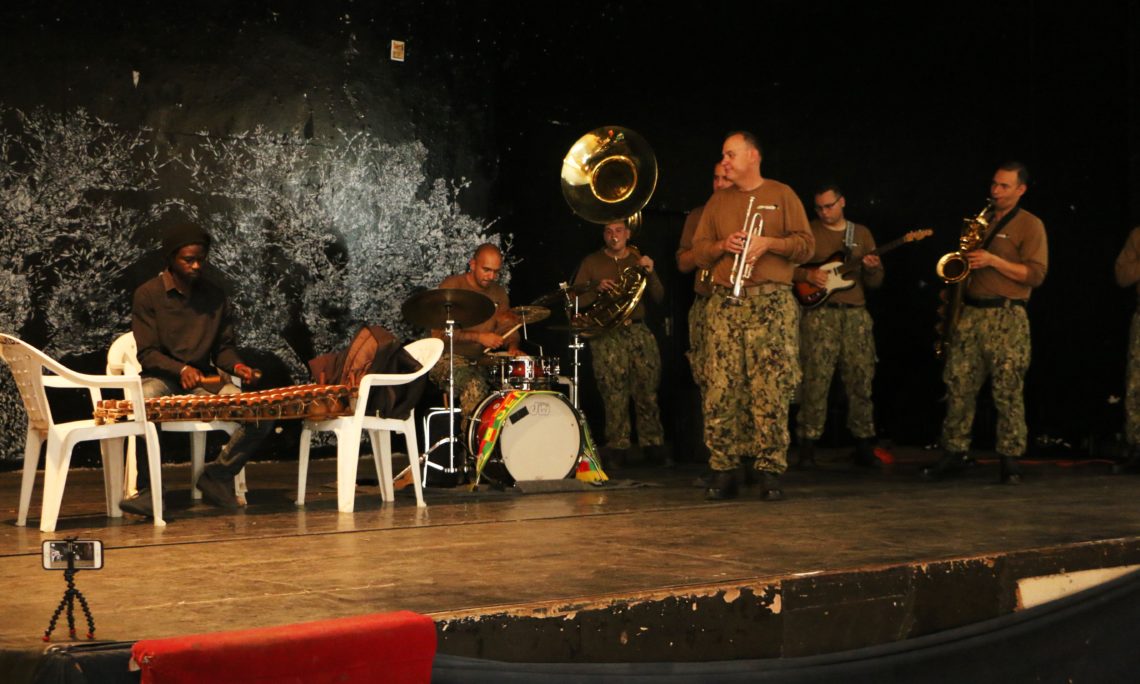 The U.S. Embassy was pleased to welcome the U.S. Naval Forces Europe “Topside Brass Band” to Dakar from July 3-9.  During their visit, the group of eight musicians performed at various events, ranging from the Embassy’s official Independence Day reception to a food festival at the African Renaissance Monument.  On the last day of their visit, the band spent the morning collaborating with students from the Ecole Nationale des Beaux-Arts.  In addition to their standard repertoire, Topside Brass Band played a song by Youssou N’Dour that they had learned in preparation for their visit to Senegal; the students also introduced the band members to traditional Senegalese instruments, including the djembe and the balafon.  Later that day, the band visited Empire des Enfants, an organization that for over 15 years has worked to reduce the number of children on the streets of Dakar.  The children sang and danced along with the band, substituting Wolof lyrics for English ones.  As Ambassador Mushingi, who also visited the center, remarked: “Music is a universal language that helps us understand each other.”