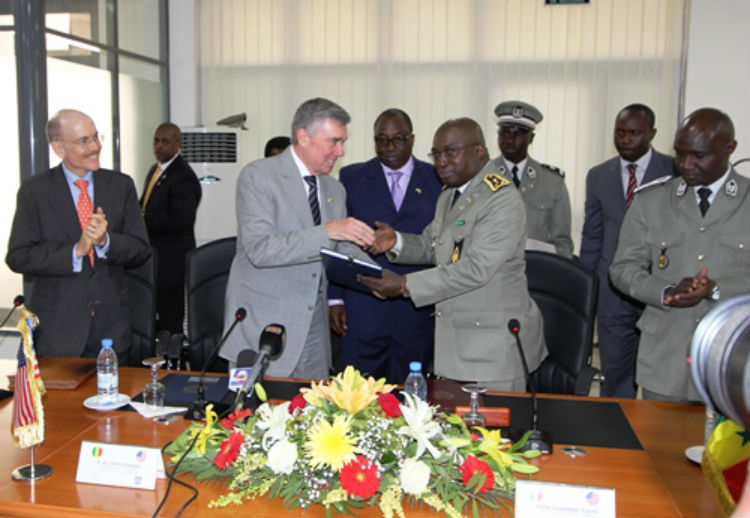 U.S. Customs and Border Protection and Senegal Customs signed a Customs Mutual Assistance Agreement on April 27 in Senegal marking a significant milestone in collaboration on security and trade facilitation between the two countries.  The agreement was signed by CBP Commissioner R. Gil Kerlikowske and Director General Papa Ousmane Gueye.  With this new agreement, the United States now has 73 Customs Mutual Assistance Agreements around the world.

“This agreement reflects our joint commitment to tackling transnational criminal organizations and national security threats who seek to exploit financial and trade systems,” said ICE Director Sarah R. Saldaña. “Information sharing is a critical component to our already strong bilateral relationship with the government of Senegal. ICE, through our Attaché Dakar office, looks forward to implementing new initiatives with our Senegalese counterparts based on today’s signing of this important customs cooperation agreement.”

U.S. Customs and Border Protection is the unified border agency within the Department of Homeland Security charged with the management, control and protection of our nation’s borders at and between the official ports of entry. CBP is charged with keeping terrorists and terrorist weapons out of the country while enforcing hundreds of U.S. laws.