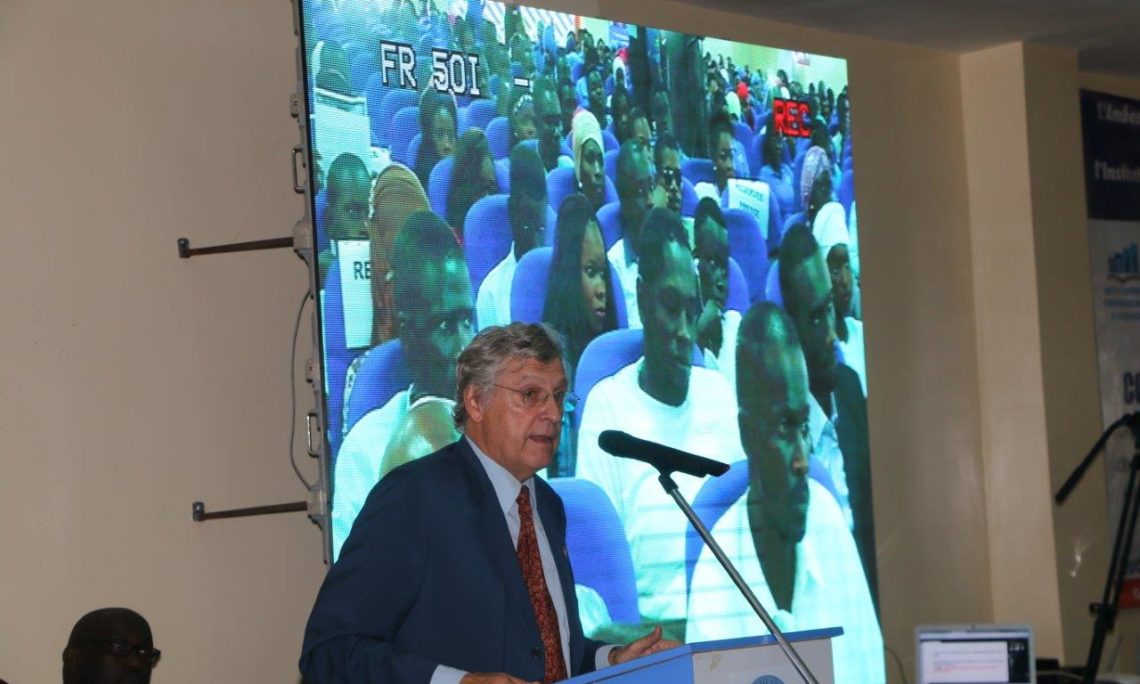 From October 24 to October 27, 2016, the U.S. Embassy in Dakar hosted Steven Ekovich, Associate Professor at the American University of Paris, to give several lectures on the U.S. Electoral process.

During his visit, Mr. Ekovich held workshops in Dakar, Thiès and Rufisque. Ekovich met with University students, diplomats, foreign policy practitioners, students from the National Judicial College and journalists to explain how the U.S. Electoral system works. During one of his presentations, Steven Ekovich explained the Electoral College with an interactive tool that painted states red and blue according to their likely voting pattern. He then used the different “swing states” to illustrate some of the possible outcomes of the 2016 Presidential elections.